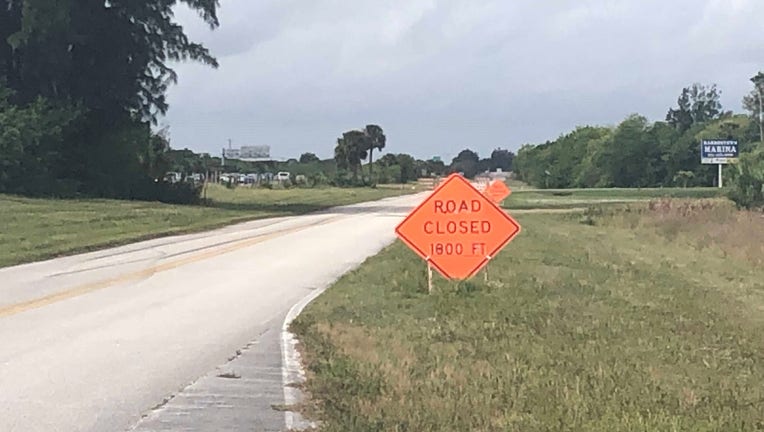 MERRITT ISLAND, Fla. - The bridge on Sea Ray Drive is a lot of things to a lot of different people: A way to get over the creek. A popular fishing spot. A key piece of water piping.

And people tell FOX 35 News the county needs to stop stalling and fix it.

Commissioners estimate that it will cost $5 million in local tax dollars.

The Brevard County Commission just voted to fix the Sykes Creek Bridge. Commissioners estimate that it will cost $5 million in local tax dollars. But residents who live nearby say they’ll believe it when they see it.

But residents who live nearby say they’ll believe it when they see it.

Bill and Mary-Ellen Jelen use the marina near the bridge.

Getting to the marina used to take them two minutes from their house, but for the past nearly three years, it's been 15 minutes. Why? The bridge is closed.

The reason for the closure is the subject of debate.

The Commission asked FEMA for the money to repair it.

FEMA said no, claiming the bridge was in poor condition before that storm, directing the county to use its own funds.

The county is now appealing that decision.

The Jelen's are tired of waiting.

"That’s infrastructure and it shouldn’t have been this long," Mary-Ellen Jelen said.

The owners of the Last Chance Bait and Tackle Shop agree.

The store was a lot busier when the bridge was open.

Some of the regular fishermen have found other fishing bridges.

The business says sales have suffered at least 20 percent because of the bridge.

The county says it will begin working on the bridge in the months ahead.

If the FEMA appeal pans out, get some reimbursement later.

The county says the work will take about two and a half years.