Travelers are encouraged to avoid Interstate 4 in Downtown Orlando. Westbound lanes will be reduced to a single lane on May 13-18.

ORLANDO, Fla. - The Florida Department of Transportation (FDOT) announced on Monday that it is pushing to get major work done before people start returning to work in large numbers.

The work is extensive, with several lane and ramp closures planned in Downtown Orlando. An FDOT spokesman said it's probably best to just avoid I-4 through Downtown Orlando altogether.

"This week will be the most disruptive we’ve had on this project since we broke ground in February of 2015," said I-4 Ultimate Project Community Outreach Specialist David Parks.

At the start of Florida's stay-at-home order brought on by the ongoing coronavirus pandemic, Gov. Ron DeSantis announced that I-4 Ultimate construction would ramp up as people work from home giving crews a chance to finish parts of it. 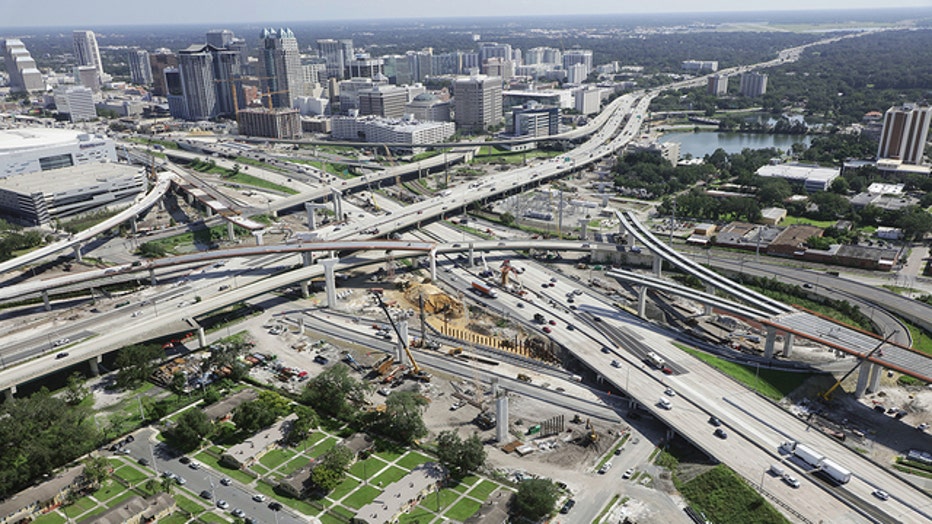 Work ramps up on Interstate 4 in Downtown Orlando

Crews on the I-4 Ultimate Project will step up work this coming week with westbound lanes of I-4 limited to just one lane between May 13-18.

He anticipated that portions of the 21 mile-long project will be done by summer, which is one to two months earlier than expected.

However, with Florida reopening, FDOT said it will want to make one last push to get major work done before people start hitting the roads once again.  FDOT says there are still far fewer cars on the roads than normal. That's why they decided to combine several projects this week while they could. Drivers told FOX 35 News they're still wondering why this wasn't done earlier.

Beginning at at 9 p.m. on Wednesday, May 13, FDOT will reduce westbound I-4 traffic to just one lane through Downtown Orlando.  It remain that way through 6 a.m. on Monday, May 18.

This will affect traffic from the Princeton Street exit to Gore Street as "around the clock" construction will take place on those dates.

Officials said that only one lane will be open during the construction, so they encourage drivers to use alternate routes, like exiting at Lee Road or using Orange Blossom Trail, or John Young Parkway.  Depending on how the work goes, they added that they may need to close all of I-4 westbound at night.

"This is an awful time to do that," said commuter Desiree Ruiz, who returned to work on Monday. "On my way back, there was a little bit of traffic, so there’s that, which I was not expecting."

The work is being done in order to build a new transition between Amelia and Livingston street. It will move traffic from the current westbound lanes onto new, "soon-to-be-completed" and elevated westbound lanes.

In addition to this change, FDOT said it will also close the westbound Anderson Street exit on Monday night at 9 p.m.  It will stay closed until 6 a.m. on Monday, May 18. This will allow crews to build in that area.  All of the I-4 ramps to S.R. 408, both eastbound and westbound, will also close at some point during this week, too.