Push for reparations for descendants of Ocoee Massacre

State Senator Randolph Bracy announced that he has secured reparations in the new state budget for descendants of the Ocoee Massacre and other black Ocoee residents.

OCOEE, Fla. - Gladys Bell is a descendant of July Perry, who was murdered during the Ocoee Massacre. She remembers her father talking about how they managed to survive the deadliest election day in American history.

"He was only 18 when he had to flee with his sisters and brothers, one on his back. He had to run through -- they had to run around – Lake Apopka, through the woods, to escape being killed," Bell said.

In November of 1920, an angry, white mob killed several Black residents in Ocoee because they were trying to vote. 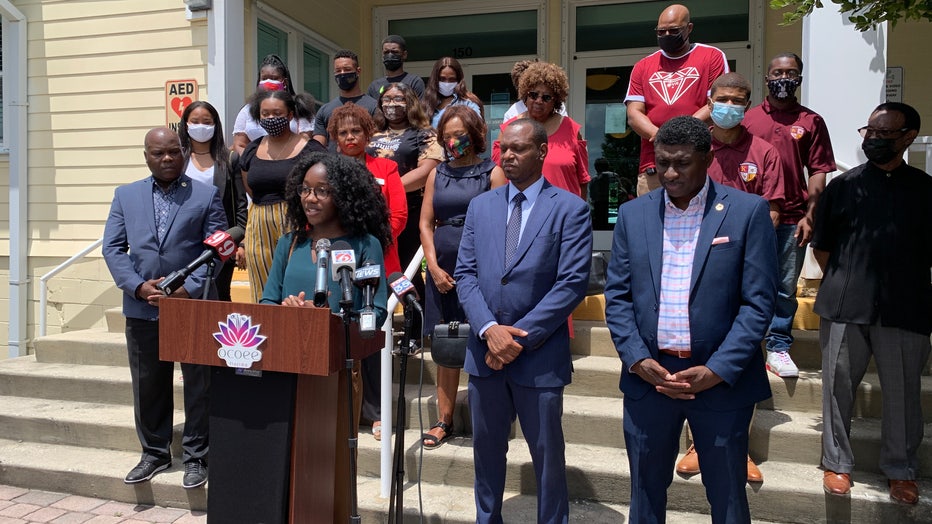 "I thought it was terrible, that was so terrible, but because of the way we were taught, we never was taught hate," Bell said.

RELATED: 100-year anniversary of the Ocoee Massacre of 1920

On Thursday, State Senator Randolph Bracy announced that he has secured reparations in the new state budget for descendants of the Ocoee Massacre and other black Ocoee residents. The state will set aside $305,000 a year to help 50 students., giving them up to $6,100 dollars each toward their college or university educations –  students like Rain Bellamy, who plans on attending Florida State University.

"I believe this is an amazing day for us and it is one of the first few steps, we have many more to take, but this is an awesome opportunity and I would like to say thank you to Sen. Bracy for all his hard work and all the other people who lobbied for this bill to come into place and be placed into action," Bellamy said.

Students will be able to apply for the Bracy Scholarship through the Department of Education's website, starting in July.