A historical marker was placed in Ocoee in commemoration of the massacre.

Rose petals on the sidewalk represented blood shed on Nov. 2, 1920.

In the park, a historical marker was installed to tell the story of that day.

The unveiling of the marker concluded a four-day educational symposium presented by the City of Ocoee to commemorate the 1920 Election Day Massacre, the largest incident of voting day violence in U.S. history.

Descendants of families involved in the massacre were there to watch. 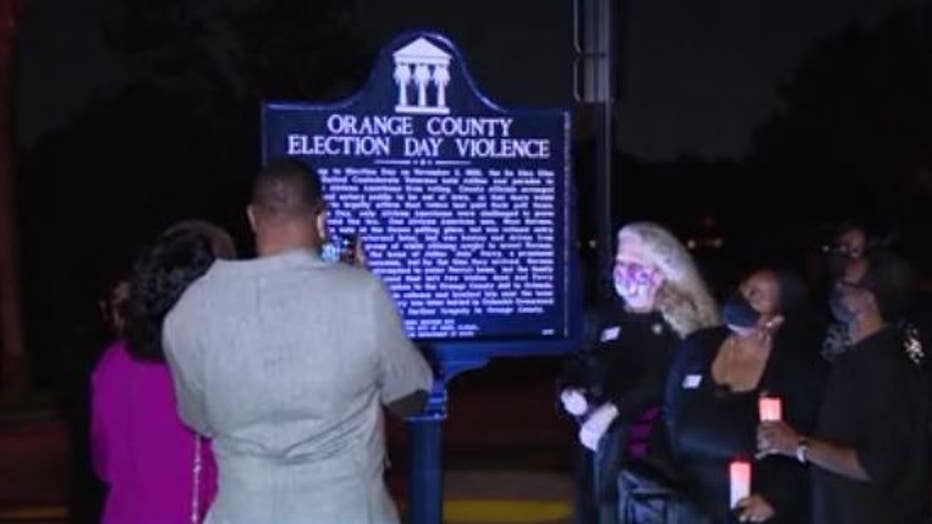 “I stand here in the ground where Julius “July” Perry stood in his honor, thankful for the memories he has left behind,” said Sharon Cooley McWhite, the great niece of July Perry.

Perry was a successful business man in Ocoee who was lynched during the violence.

Cooley McWhite was given a plaque, as she and several other families received a formal apology from the City of Ocoee during the ceremony.

“There’s a lot of work still to be done in the City of Ocoee, but this is a start.”

Allie Braswell, who helped make the event happen, hopes this just marks the beginning of education on the massacre.

“We’re hoping this will continue to bring this community together. That this will move Ocoee from being known as a sundown town to a sunrise city where all people are welcome and this would be an annual commemoration of this event to let people know this should never happen again,” he said.