Nationwide, Confederate statues have been taken down at public places. Ocala’s city leaders are sounding-off on whether or not to remove a Confederate monument in Ocala-Marion County Veterans Memorial Park.

OCALA, Fla. - Ocala’s city leaders are sounding-off on whether or not to remove a Confederate monument in Ocala-Marion County Veterans Memorial Park.

The 23-foot tall marble statue shows a Confederate soldier called "Johnny Reb." In 1908, the local Daughters of the Confederacy raised $1,500 to build it. Ocala Mayor Kent Guinn said that's where it should stay.

“We can't tear down our history, right?” Guinn asked. “Does that make like it didn't happen?”

The statue had been standing in front of the Marion County Courthouse and then moved to the side when the building expanded. The county moved it to Veterans Park in 2010, where it has stood, since. Ocala City Councilman Ire Bethea said it was time to take it down. 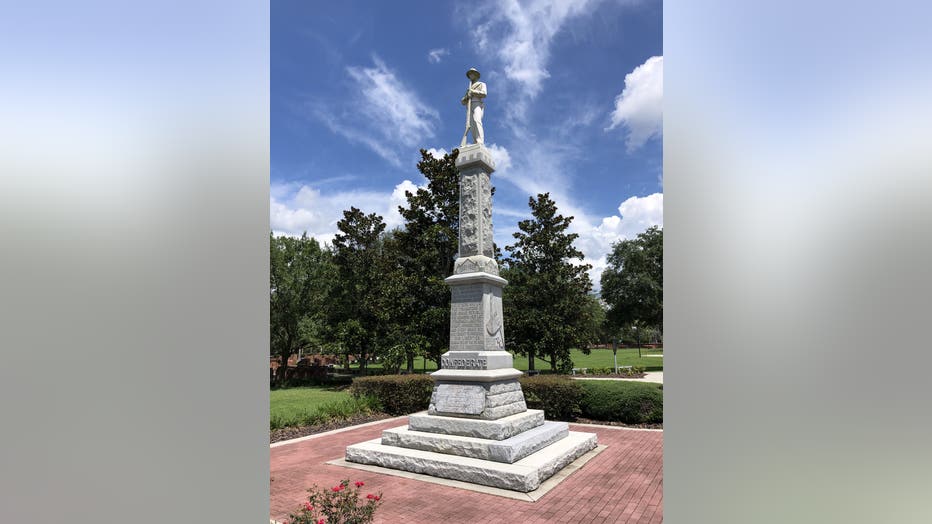 “I'm hoping that the people of Ocala, Marion County, will think it appropriate to take it down here in Marion County as well,” Bethea said. “It's a symbol to me of oppression, of injustices.”

Bethea said Johnny Reb was standing in the way of progress.

“One of my pet peeves is to bring all people together,” he said, “in doing that, we need to move some of these barriers.”

Marion County doesn't have any current plans to move or take down the Confederate monument.