DALLAS - Teams from the National Weather Service will be out surveying the damage to determine how many tornadoes hit North Texas Wednesday.

The NWS will focus on Denton, Rockwall, Kemp, Mabank and Canton. They have already confirmed an EF-0 tornado in the Denton County city of Krum and an EF-1 tornado in the Heritage Trace subdivision in north Fort Worth.

The city best known for its monthly flea markets may have been the hardest hit. Canton, located 60 miles east of Dallas, suffered heavy damage.

Businesses in the center of town near the intersection of state highways 19 and 64 were torn apart, shattering glass and scattering debris. Crews worked overtime to clear the debris from people’s homes. The storm uprooted huge trees and one homeowner told FOX 4 his mom’s car was crushed.

“It wasn’t super loud, but you could just hear a crunching,” said Billy Bateman. “And you could feel like suction — like literally feel it like it was sucking outwards.”

Neighbors had to work quickly to cover their roofs with tarps because as soon as the tornado passed, it started raining heavily. Now crews are out fixing power lines.

Thankfully, there were no reports of any serious injuries. People were able to find a safe spot during the storm, including employees who took shelter in a bathroom at a local gas station that took a hard it.

“You know, I’m a very positive person. You know, everybody is great and everything can be rebuilt. We just got through painting the store yesterday. So we’re going to get another fresh coat of paint here soon,” said Kevin Deibert, the owner of Mr. D’s gas station.

At least one tornado touched down in southern Kaufman County. The towns of Kemp and Mabank had a couple of dozen homes damaged or destroyed.

A portion of the garage was ripped away from a home on Country Club Drive in Kemp. The 93-year-old homeowner said she took cover in her bathroom as a tornado hit her neighborhood.

Her grandson, who lives a few doors down, described the experience as traumatic. He actually saw the tornado forming.

“I was standing in my front driveway and saw the rotation starting in the clouds, just on the back side of the golf course. I tried to get in through the house to the other side to catch video of it and as it started to come down across the country club too much debris started flying around. I had to take cover and duck back inside,” said Anthony Mercer. “It’s just like they normally say, you know. You hear the train sound and the roaring and that’ exactly what happened.”

Remarkably, Mercer’s house was not damaged. His grandmother stayed at a hotel because the power in the neighborhood was out until about 3:30 a.m.

Kaufman County emergency officials said only one person in the county suffered minor injuries because of Wednesday’s storms. That person was treated and released without needing to go to the hospital.

Local officers and state troopers are now watching out for any looters who might try to come into the neighborhood near the country club.

In far north Fort Worth, winds up to 90 mph from an EF-1 tornado uprooted trees, tossed yard furniture around and knocked down fences. At least one trampoline ended up on top of a house. Rooftops and some windows were damaged in a subdivision near Interstate 35 and Heritage Trace.

Again there were no reports of serious injuries in Tarrant County. People were able to take cover inside their homes as the storms passed through. Some of them described the terrifying moments.

“It was very quiet and then all of a sudden I knew there was something because I heard it,” said Katy Brakemier.

“Really was surprised because I think it just came through right this little corridor,” added Jim Song.

After the storm passed, neighbors immediately started helping each other remove debris and cover affected areas. The fire department also brought tarps and other materials to help residents clean up. 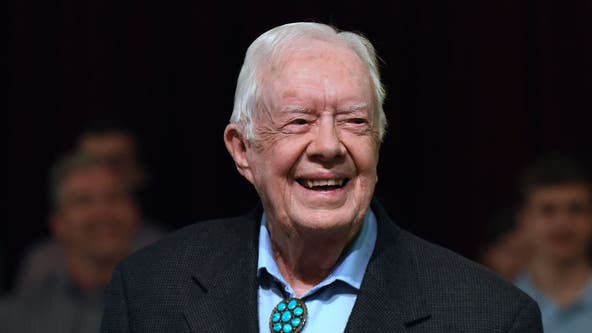 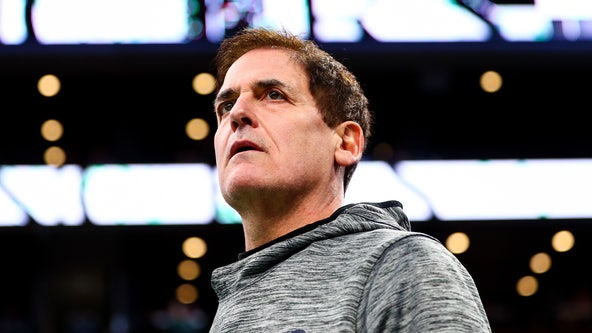