A Central Florida teenager is keeping the stories of veterans alive. Benjamin Mack Jackson is not your ordinary WWII history buff. Over the past four years, he has conducted interviews with over a hundred WWII veterans from all across the United States and collected artifacts to build a traveling museum.

He takes his passion for that era to the next level.

“Over the past four years, I’ve conducted over 100 interviews with World War ll veterans all across the United States and collected thousands of original artifacts to create a traveling museum of history that travels across the nation,” Mack-Jackson said. 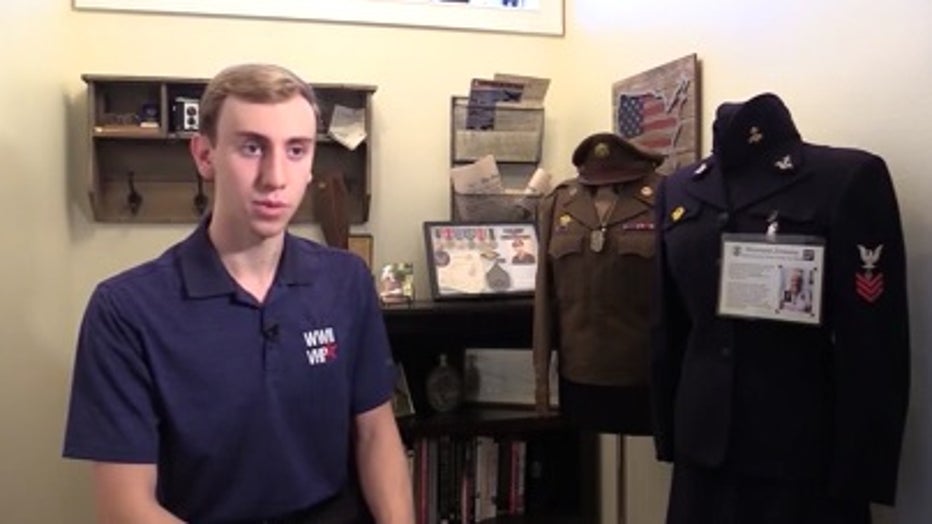 That’s not all that makes him so unique. Benjamin is only 17 years old.

“I did my first interview in the summer of 2015,” Mack-Jackson said. “I was 13 and the veteran was 92, and despite this large age gap, we had a fantastic interview and it prompted me to do now more than 100.”

So much has happened since Benjamin began interviewing veterans.

He has started his own non-profit called The World War ll Veterans History Project.

He’s traveled to several different states and even to other countries to interview veterans.

He’s developed such strong connections with those veterans, many of them have passed on their belongings to him for his traveling museum.

“I’m just proud to be able to carry on the memories of these brave men and women who won’t be with us for very much longer,” Mack-Jackson said. “There’s only about 300,000 WWll veterans in the country today and they’re passing away at a rate of 300 every day.”

One of Benjamin’s passions is to connect the gap between the World War ll generation and people his age.

He spends a lot of his time going to schools and speaking to his peers.

“I’m trying to educate my generation, to not only appreciate our veterans and WWII, but that history is important and that you need to understand our past to have a successful future,” Mack-Jackson said.

The teen also uses his interviews with the veterans to make documentaries.

You can find out more information about his work by visiting the WWII Veterans History Project online.