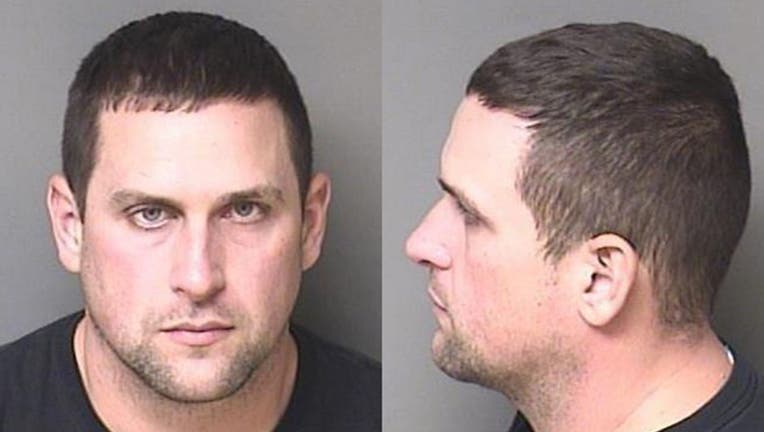 A North Carolina man who collected $250,000 in insurance money upon his wife’s 2018 death has been accused of fatally poisoning her with eye drops.

Stacy Hunsucker’s death had been ruled a heart attack. She was 32 and the mother of two young children, now 5 and 6, when she died.

Joshua Hunsucker, a paramedic, was charged with her murder Friday after being accused by a prosecutor of poisoning her with Visine.
.
A blood test “detected very high levels of tetrahydrozoline which is one of the active ingredients in certain eye drops,” prosecutor Jordan Green said in court, according to Fox 46 Charlotte.

The station also quoted Green as telling the judge, “We believe, through the interrogation of the defendant that occurred yesterday, that he was the one that poisoned Hunsucker with Visine or a similar product.”

Hunsucker was ordered held on a $1.5 million bond.

High levels of tetrahydrozoline in the body can cause heart stoppages, WBTV reported.

The station quoted prosecutors as saying they believe the life insurance money was the motive for the crime.

The North Carolina Department of Insurance opened a fraud case after Stacy’s mother Suzie Robinson reported her suspicions about the death in May, the Gaston Gazette reported.

A search warrant affidavit says that her suspicions were based on her belief that Hunsicker was having an affair during the marriage, the paper reported.
Two weeks before Stacy’s death, local media had reported the arrest of a South Carolina nurse who was accused of killing her husband by putting eye drops in his water, the paper reported.

The paper also reported that Stacy had suffered from heart problems in the past and had received a pacemaker in 2015.

Hunsucker's Facebook page shows that on the first anniversary of his wife's death he posted a photo of the two of them together.

“One year ago our lives changed forever," he wrote. "Not a day goes by that I don’t think of her, her encouragement, her smile, how awesome of a mother she was".