New safety measures are being implemented at the Colonial Drive railroad crossing in Downtown Orlando.

ORLANDO, FL - The Florida Department of Transportation (FDOT) is rolling out new safety measures at railroad crossings because drivers are still stopping on the tracks.

New flashing signs are being tested at the Colonial Drive (State Route 50) crossing in Downtown Orlando, a hot spot for collisions.

“State Route 50 is a very busy corridor and when you throw in traffic signals, a lot of people are crossing, waiting for that signal to move,” said Jessica Ottaviano,  an FDOT spokesperson.

FOX 35 News cameras recorded car-after-car stopped on the tracks. It makes sense why the downtown crossing was selected to roll out the new safety technology.

Here’s how it works: if a car is stopped on the tracks longer than three seconds, a sensor will activate the flashing lights to warn the driver that they’re in the "danger zone."

“Help drivers know, hey, you’re doing something and you need to get out of the way,” said Ottaviano. 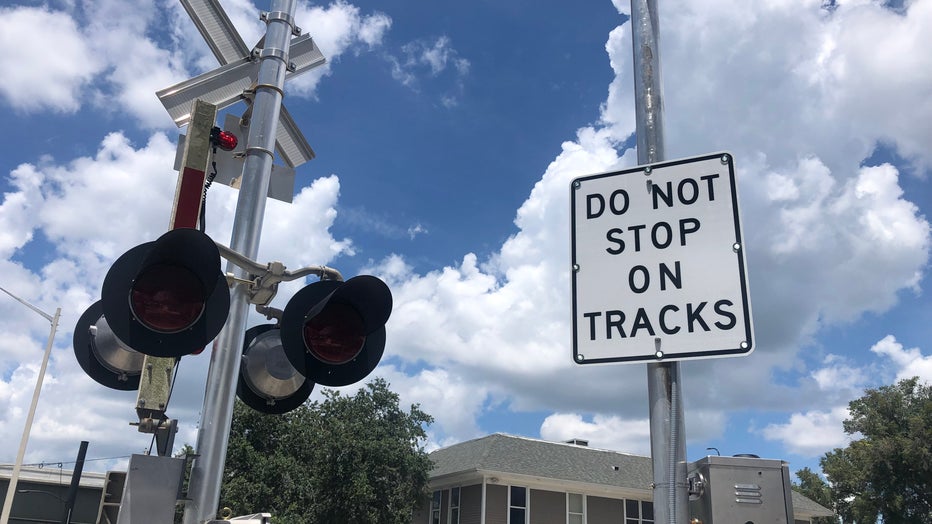 This isn’t the only change. Some crossings are getting new ground paint to expand the visible boundaries of the train tracks.

“Trains are actually wider than those tracks, so this helps expand that area and really alert folks that you are in an unsafe area and you shouldn’t be in that painted area,” said Ottaviano.

FDOT also building escape lanes, at some crossings, for drivers stuck on the tracks to jump out of the way of an approaching train.

“It is all about saving lives, our goal here is to really deter people from stopping on the tracks, where we can reduce fatalities and injuries around railroad crossings,” said Ottaviano.

The flashing signs will be installed at 10 crossings around Central Florida, using grant funding.