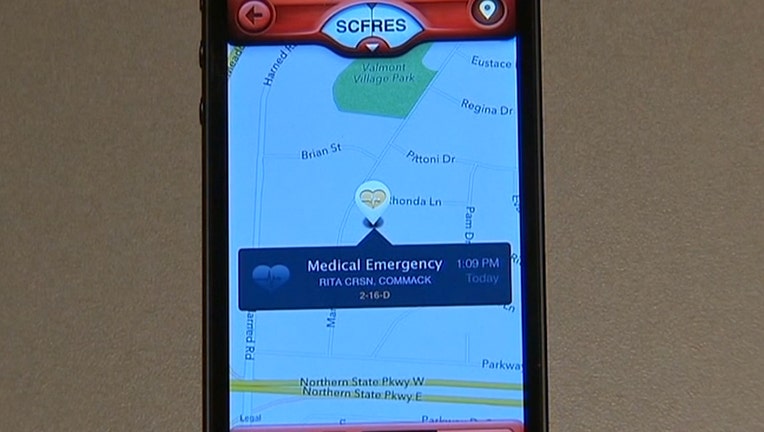 Chris Connor was in the middles of training for a marathon.

“I was on a run on the Seminole Wekiva trail and I started experiencing chest pain,” Connor said.

As he started to call 911, he fell unconscious - lying lifeless on the trail.

That’s when two strangers passing by noticed something wasn’t right.

“It was kinda a voice inside that said you really gotta do something,” Richard Horbert said. “So I checked his pulse on his neck and he had no pulse.”

They called 911 and began CPR.

“We were giving chest compressions to Chris for four to five minutes,” Horbert said.

Valuable minutes that saved his life.

Paramedics took him to the hospitals where doctors called it a miracle.

“I would definitely agree it’s a miracle,” Connor said. “It was the big one that most of the time is fatal.”

Not everyone is so lucky and that’s why this new Pulse Point app wants to increase the odds by cutting down response time, even if it’s just a stranger nearby.

“In a sudden cardiac arrest the most important thing is hands-on compressions,” Sam Thurmond, assistantships chief of Seminole County Fire said. “The purpose of the app is to get someone within a quick walking distance.”

Anyone with this app could find themselves at the right place at the right time when the alarm goes off alerting you to someone nearby in cardiac arrest.

The app can help you through CPR and find an AED until help can arrive.

“When your life was at its end and two people saved your life,” Connor said. “It’s completely humbling. Now they’re my best friends.”

They’re also heroes in the community.