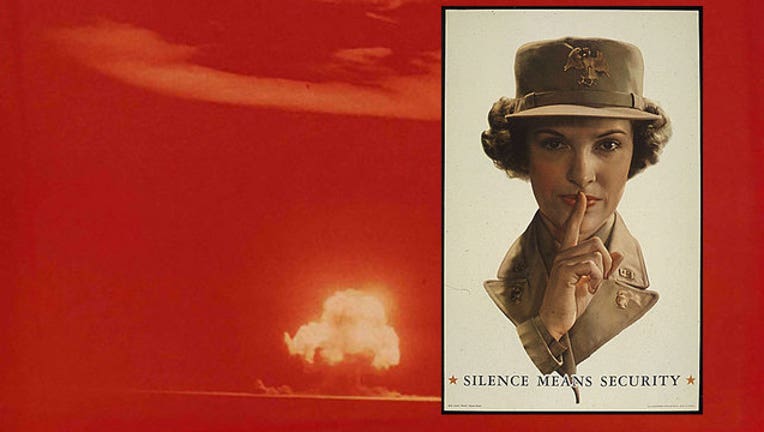 WASHINGTON (AP) - More than 70 years ago scientists working in secret created the atomic bomb that ended World War II and ushered the world into the nuclear age.

On Tuesday, at a ceremony in a federal building where clandestine plans for the bomb were developed just blocks from the White House, Interior Secretary Sally Jewell and Energy Secretary Ernest Moniz formally established the Manhattan Project National Historical Park.

Jewell, Moniz and other officials said the sites will not glorify war or nuclear weapons, but will tell the story of the three historical sites from a range of perspectives, including the cities in Japan where two nuclear bombs were dropped in 1945.

"It certainly is a celebration that we will be telling the story of these three important historical sites," Jewell told reporters. "It's not necessarily a celebration of the consequences of that, but rather an opportunity to tell that story to a broader audience."

The new park will bring greater awareness of the development of nuclear weapons and energy to a worldwide audience, Jewell and Moniz said.

"The Manhattan Project is an incredible scientific and engineering feat and that's obviously part of the message" of the new park, Moniz said. "But there is also a message about nuclear weapons and Japan. We want to keep driving toward a world free of nuclear weapons, and I think that's a U.S.-Japan shared story."

The complex emotions the new park evokes were evident at Tuesday's ceremony. Reporters and photographers from around the world — including more than a dozen from Japan — attended the event at the Interior Department's South Auditorium, as did anti-nuclear activists and representatives of the three communities commemorated by the park. The building, which sits a few blocks from the White House, is where plans for the bomb were first developed in an isolated wooden structure on the roof.

Roosevelt asked him to "hide a billion dollars in the appropriations bill for a secret project to win the war," Alexander said.

No problem, McKellar responded, according to Alexander. But he had one question: "Just where in Tennessee will the project be located?"

The answer, Alexander noted, was Oak Ridge, where the Manhattan Project was headquartered and uranium was enriched for the atomic bomb dropped on Hiroshima in August 1945. The Hanford site was used to develop the plutonium dropped days later on Nagasaki, and Los Alamos is where more than 6,000 scientists, engineers and other workers designed and built the atomic bombs.

The bomb was tested in the New Mexico desert in July 1945.

Jewell, who oversees the National Park Service, said officials are acutely aware of the need to "tell the complete story" of the Manhattan Project, "listening to all sides."

The park will include the voices of people who experienced devastation in Japan, as well as those "whose lives were spared because the war came to an end," Jewell said. The park also will tell the story of hundreds of thousands of ordinary people who were recruited to work in secret — often far away from home — on a project they were told was vital to the war effort, but was never clearly defined.

"It did mark the end of the war, but it left devastation in its wake," Jewell said.

Jewell briefly teared up as she described her mother-in-law's work as a nurse in Hiroshima and Nagasaki. "It was a powerful experience for her," Jewell said.

While Japan is now one of America's closest allies, that country "felt the consequences" of the Manhattan project, Jewell added. "Your story needs to be told as well," she said, addressing Japanese citizens in the audience.

Mello, who did not attend the ceremony, said in an email that the new park was celebrating "heinous war crimes," adding: "This park is not exactly about the past, because the Manhattan Project never ended."

Nuclear work continues at all three sites commemorated in the new park, a fact Moniz cited as an example of the project's enduring importance in war and peace.

The Energy Department's 17 national labs that "have grown out of the roots of the Manhattan Project are part of this country's science and technology powerhouse," Moniz said. "They drive innovation. They address critical problems and they provide the backbone for basic science research in this country." 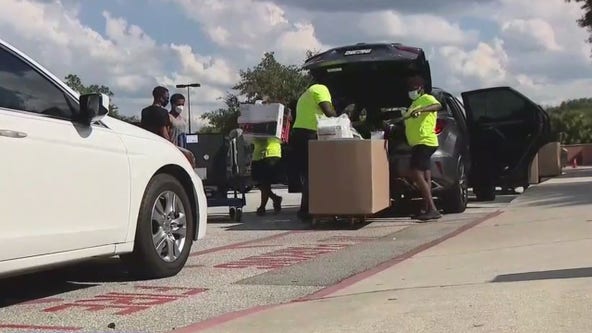