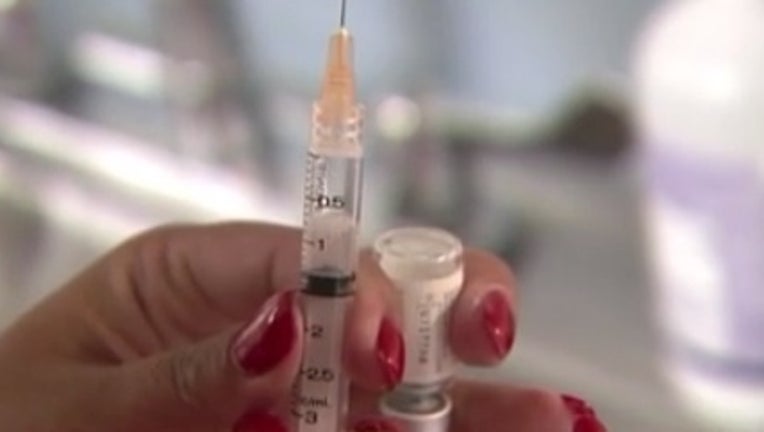 Doctors on Wednesday reported unusually good results from tests of two experimental drugs in women with an aggressive form of breast cancer that had spread widely and resisted many previous treatments.

One drug showed particular ability to reach tumors in the brain, which are notoriously tough to treat.

The other pairs a sort of homing device for cancer cells with a payload of chemotherapy that's released when it reaches its target.

"It's a guided missile. It's able to bring the chemotherapy directly to the cancer cell," said the study leader, Dr. Ian Krop of the Dana-Farber Cancer Institute in Boston.

Results were disclosed at the San Antonio Breast Cancer Symposium and in the New England Journal of Medicine.

From 15 percent to 20 percent of breast cancers are "HER2-positive" — they have too much of a protein called HER2 on their cell surfaces, driven by an overactive gene that promotes cancer growth.

Krop led a study of 253 such women to test the guided-missile drug, called T-DXd, given as an infusion every three weeks. These women had tried on average six previous treatments before the experimental drug. Different doses were tested, and 184 women got what turned out to be the best one. Among those women, 61 percent saw their tumors shrink at least 30 percent. In 6 percent of them, no signs of cancer were seen in at least two follow-up scans.

Although the experimental drug was not tested against others, the response rate is three to four times better than what's usually seen in this situation, Krop said. The median time until cancer worsened was 16 months, and to see anything hold such serious cancers at bay for more than a year is exciting, he said.

Side effects were substantial, though. About 60 percent of women had low blood counts, nausea, anemia or fatigue, and 15 percent stopped treatment because of them. Most serious: Twenty-five developed lung inflammation, and four died of it. This is a rare side effect with other drugs for this type of cancer, but it was much more common with the experimental drug. Doctors can watch patients closely and give anti-inflammatory medicines if it occurs, Krop said.

Because these cancers generally prove fatal, the drug "is still beneficial for most patients," he said.

An independent expert, Dr. Jennifer Litton of the MD Anderson Cancer Center in Houston, said it may be possible to give patients preventative anti-inflammatory medicines. It's worth the risk because the drug's benefit is so great, she said.

The study was sponsored by the drug's developers, Daiichi Sankyo Inc. and AstraZeneca, and they are seeking approval for the medicine in the U.S., Japan and Europe. Krop consults for the companies.

"It's a drug that's particularly able to get into the brain," he said, and half of the 612 participants had cancer that had spread there.

"These patients had nothing" that worked, and they're often excluded from tests of new drugs because their outlook is so poor, Litton said.

All were given usual treatments — Herceptin and the chemo drug Xeloda — plus tucatinib or dummy pills.

After two years, 45 percent of those on tucatinib were alive versus 27 percent of the others. Among the women whose cancer had spread to the brain, one quarter were alive with no worsening of those tumors a year later. None of the women in the comparison group achieved that.

Litton said she put some patients on studies of the drug "and they did really well."

Seattle Genetics sponsored the study and Winer and others consult for the company.