Ukrainian President Volodymyr Zelenskyy virtually addressed the U.S. Congress on Wednesday in an appeal for the West to do more in Ukraine’s battle against invading Russian forces, calling for a no-fly zone over his country, more sanctions and possibly the facilitation of military aircraft.

"Servant of the People," the popular series that launched Ukrainian president Volodymyr Zelenskyy’s political career, is available again on Netflix.

The streaming giant took to Twitter on Wednesday to confirm the news.

"You asked and it’s back!" the tweet read. "’Servant of the People’ is once again available on Netflix in The US. The 2015 satirical comedy series stars Volodymyr Zelenskyy playing a teacher who unexpectedly becomes President after a video of him complaining about corruption suddenly goes viral."

The show follows a lovable high school teacher (Zelenskyy) who becomes president after being fed up with corrupt politicians. The Ukrainian comedy rocketed in the 2010s and made the 44-year-old one of the country’s top entertainers. "Servant of the People" was part of Netflix’s library from 2017 until 2021.

UKRAINE'S ZELENSKYY INVOKES 9/11, PEARL HARBOR, MLK IN EMOTIONAL PLEA TO US FOR AID

The show ran for three seasons and ended when Zelenskyy decided to run for president of Ukraine in 2019 under the banner of a new political party, also called Servant of the People, The Hollywood Reporter shared.

The outlet noted that Swedish television group Eccho Rights has been licensing "Servant of the People," along with a film based on the series, around the world, with the U.K.’s Channel 4, MBC in the Middle East, ANT 1 in Greece and PRO TV among the buyers.

"The series is a comedy but also an important document of where Zelensky comes from," said Eccho managing partner Nicola Söderlund in a statement, as quoted by the outlet. "His fictional president is a normal man, who grows into his role as a heroic and adored leader. While the real-world scenario facing Zelensky and the Ukrainian people is far more grim and appalling than the comedy of the series, there are obvious parallels with the real-world situation, and ‘Servant of the People’ is a fascinating, important and historic piece of television." 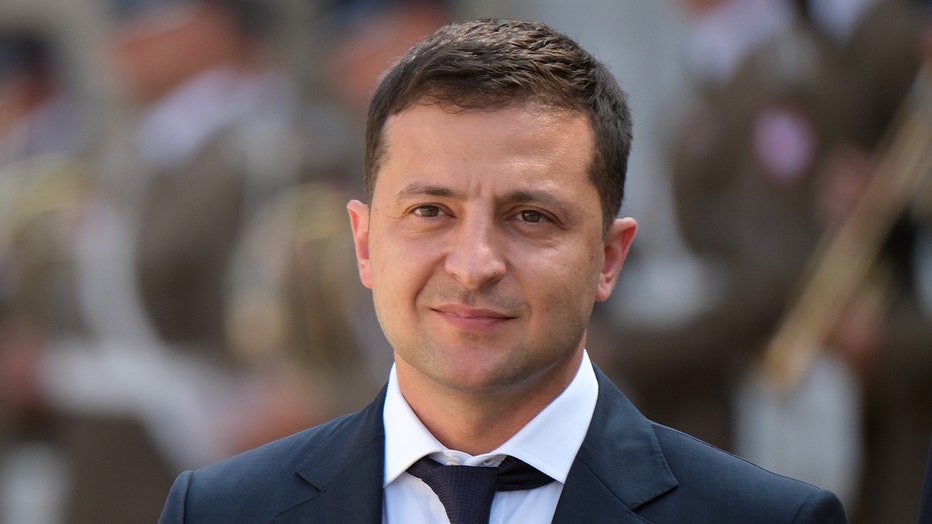 On Wednesday, Zelenskyy went before the U.S. Congress via video and, invoking Pearl Harbor and 9/11, pleaded with America for more weapons and tougher sanctions against Russia, saying: "We need you right now."

Since Russia’s invasion of Ukraine occurred on Feb. 24, hundreds have been reported dead or wounded, including children. According to the United Nations, more than a million Ukrainians have also fled to safety. The attack, ordered by Russian President Vladimir Putin, has drawn condemnation around the world as well as increasingly severe economic sanctions against Russia.