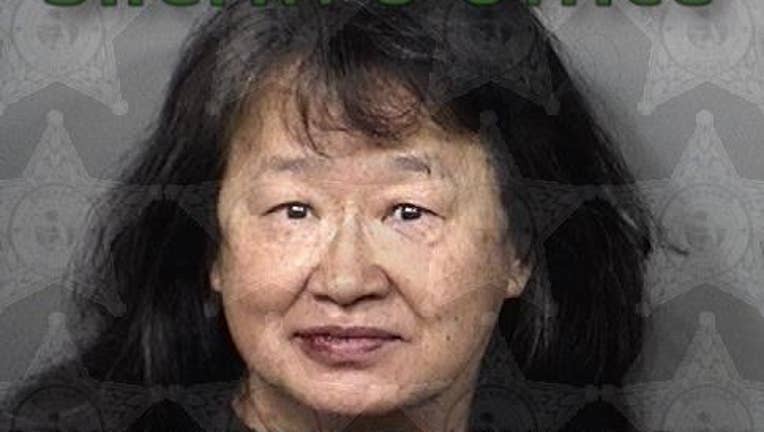 PALM BAY, Fla. - A 66-year-old woman is accused of stabbing two of her neighbors with a steak knife over a leaf blower dispute, according to an arrest affidavit.

Kyong Moulton told officers from the Palm Bay Police Department that she returned home on Sunday and saw leaves on her front lawn. Moulton assumed her neighbors had placed the leaves in her yard.

She then decided to take her leaf blower and blew the leaves in her neighbor's yard, according to police.

One of the victims said he walked outside with his 87-year-old mother to confront Moulton, and an argument ensued.

The victim's sister came outside and ended up being slapped in the face by Moulton, according to the affidavit.

The sister said Moulton stabbed her on the left leg during the fight.

The brother tried helping his sister when he looked up and saw Moulton swing her arm and stab him in the left arm.

The victims told police they also saw Moulton push their mother to the ground.

Moulton denied stabbing anyone with a knife.

Moulton was arrested and is facing two counts of Aggravated Battery charges and one count of Battery on a Person 65 years of age or older.