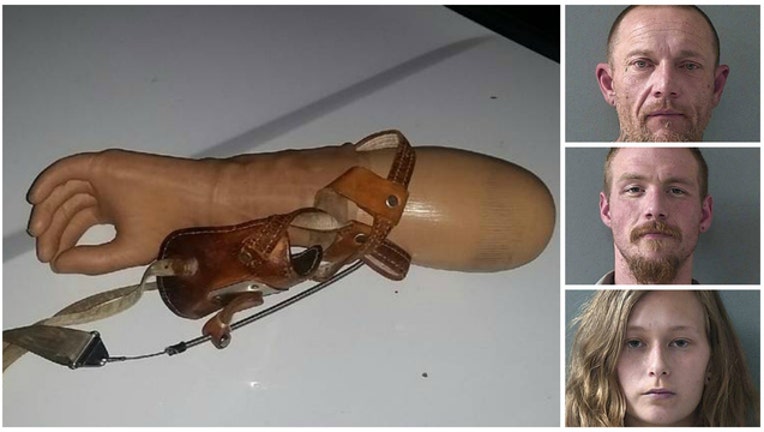 Police said that they found the prosthetic arm inside the suspects' car. It has been returned to the victim.