We are monitoring a post-season tropical disturbance in the Atlantic Ocean. The biggest impact on Florida will be rough surf.

LAKE MARY, Fla. - The National Hurricane Center said it is watching a new tropical disturbance that formed over the central subtropical Atlantic Monday morning, just days after the official end of the 2022 Atlantic hurricane season.

Forecasters said the tropical disturbance is currently located about 750 miles away from the Leeward Islands. The disturbance has a 40% chance of development over the next five days, and is expected to stay away from land. 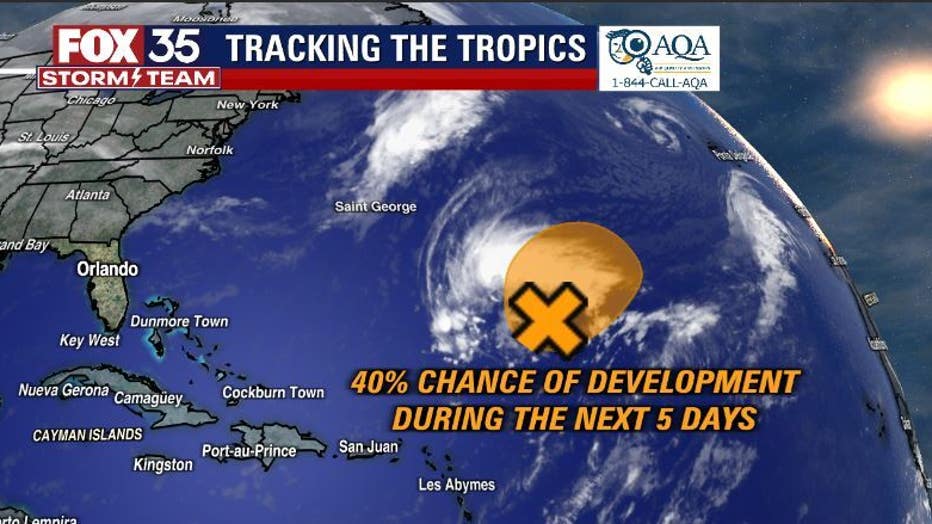 "Environmental conditions appear conducive for this system to acquire some subtropical characteristics while it drifts northeastward during the next few days.  By Thursday night or Friday, however, the low is expected to move over cooler waters, ending its chances of becoming a subtropical cyclone," the NHC said in an advisory.

Wednesday marks the last day of the 2022 Atlantic hurricane season, and it is certainly one not to be forgotten as hurricanes Ian and Nicole left behind a trail of destruction in Florida. FOX 35 Storm Team Chief Meteorologist Jayme King has a wrap up of this hurricane season.

MORE: 2022 Hurricane Season recap: A look at the scars left behind

The hurricane season ended on Nov. 30 with a total of 14 named storms, eight of which became hurricanes, with two becoming major hurricanes, according to NOAA. 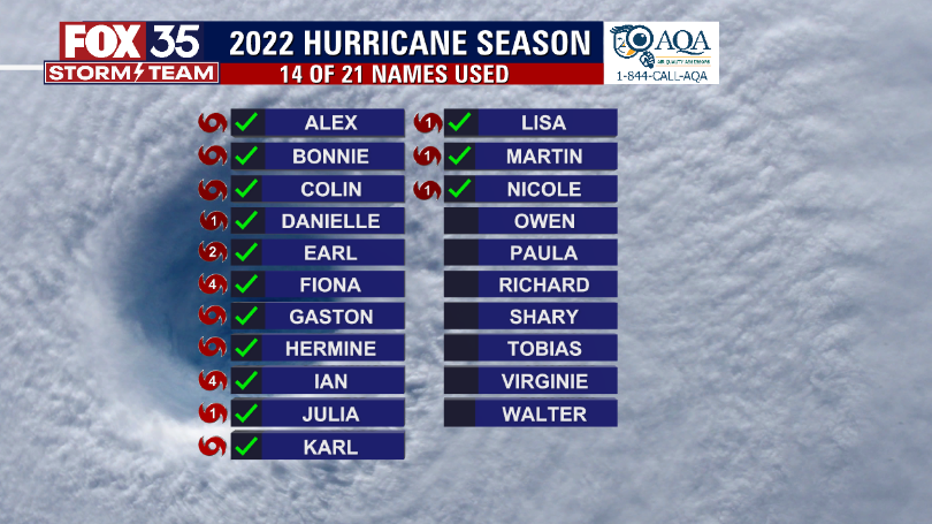 Though rare, tropical storms and even hurricanes have formed in December. Around 2% of tropical systems have formed during "off months" (December to May) in the years 1851 to 2017.