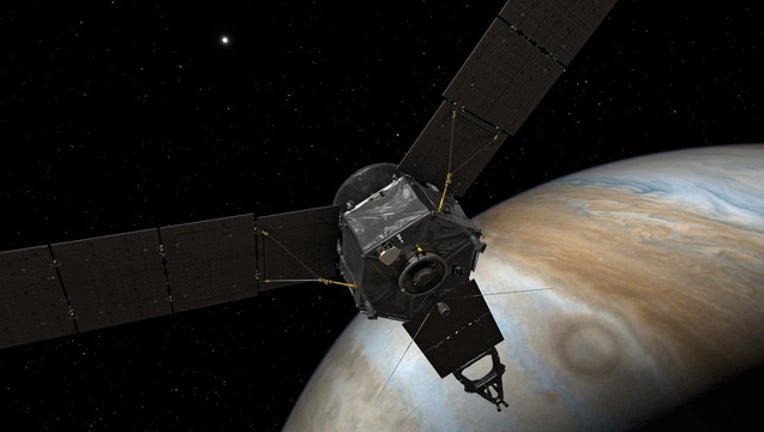 On Dec. 21, Juno will be 3,140 miles above Jupiter's cloud tops and hurtling by at a healthy clip of 128,802 mph, NASA says.  This will be the solar-powered spacecraft's 16th science pass of the gas giant.

Juno is in a highly-elliptical 53-day orbit around Jupiter. Each orbit includes a close passage over the planet's cloud deck, where it flies a ground track that extends from Jupiter's north pole to its south pole.