Some grocery store shoppers are skipping the produce section. Some stores are seeing shelves emptying out. Now, you can order directly from the source.

MOUNT DORA, Fla. - A locally owned and operated blueberry farm in Mount Dora is offering fresh berries for purchase to the public.

The effects of COVID-19 have begun to impact the availability of fresh fruit at grocery stores and this is a way to get it straight from the source.

The owner of H & A Farms, Michael Hill, is a fourth-generation grower.

“We normally do u-pick, but because we're practicing social distancing, you can come pick up pre-picked fruit, jams and honeys” Hill said. 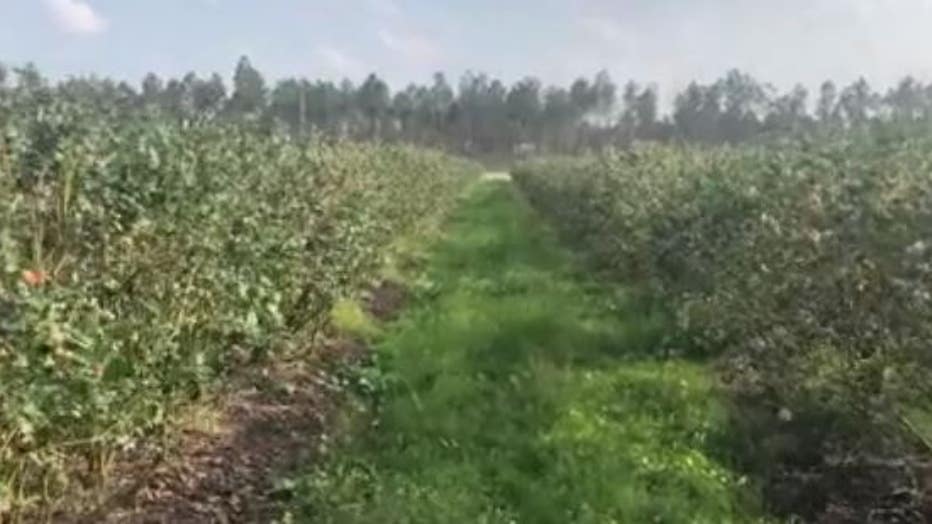 Before the pandemic, most of the farm's profit came from selling to major chains like Whole Foods, Costco and Publix.

Just like many other industries, the pandemic has affected the agricultural industry.

He said that drop comes from shoppers getting more frozen and canned produce, as well as delivery trucks giving paper products their priority.

“Literally, we have the product and they can't get it in the stores in time for the consumers to buy,” Hill said.

He said to check the label the next time you go to the store and make sure your produce is grown in the U.S.

He added that American growers are being undercut by other countries who only pay their workers a fraction of the price they get paid in the United States.

“We really need to put pressure on the retailers to carry domestic product when we are in season. Support us, because the consumer just doesn't know [what’s going on],” Hill said.

If you’d like to buy Florida products, check out this website set up by the Florida Agricultural Commissioner.