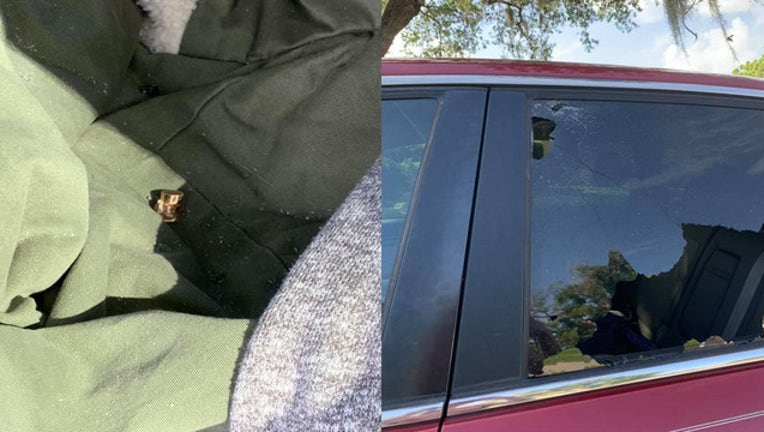 CASSELBERRY, Fla. (FOX 35 ORLANDO) - A mother and daughter were startled by a flying bullet that shattered their car window in Casselberry.

Police say the two were driving down Lake Howell Road and turned left onto northbound State Road 436 on Friday when a rear window inside the car exploded.

The mother and daughter told police that they pulled over to see what happened and found a bullet inside the car.

The woman's daughter said glass from the window hit her neck, but she was not injured.

So far, no arrest has been made.