The holiday has been saved for Michelle Crespo, who was overcome with emotion moments after walking in the door of the Baby DJ warehouse, where she was able to replace toys for her children that were recently stolen.

MAITLAND, Fla. - Christmas was nearly ruined for a family after presents were stolen right out of the mother's car, but after FOX 35 News first aired her story, people opened their hearts and wallets.

The holiday has been saved for Michelle Crespo, who was overcome with emotion moments after walking in the door of the Baby DJ warehouse.

"I was in shock to see the amount of toys they have for children. It’s amazing," said Crespo.

The generosity of others allowed Crespo to replace all the Christmas gifts she bought for her children that were stolen from her locked car Sunday night. "It’s truly amazing. I would never have expected this."

After the story about her car break-in aired on FOX 35 News at 10 and Good Day Orlando, our partner XL 106.7 stepped in to help. Johnny Magic, the host of Johnny's House, had seen our story.

"We had a moment. I turned my chair around and I looked at him. He looked at me. And I’m like we can help her," he said.

Each year, Johnny's House collects toys for families in need as part of their Baby DJ program. So he invited Michelle Crespo to be one of those families.

"The only thing she wanted was some toys for her kids; looked like a mom who worked really hard. She did the right thing. 'I had my car locked. I put the toys in the back,' and some bad person’s going to ruin that for her kids. We didn’t want to let that happen," he added. 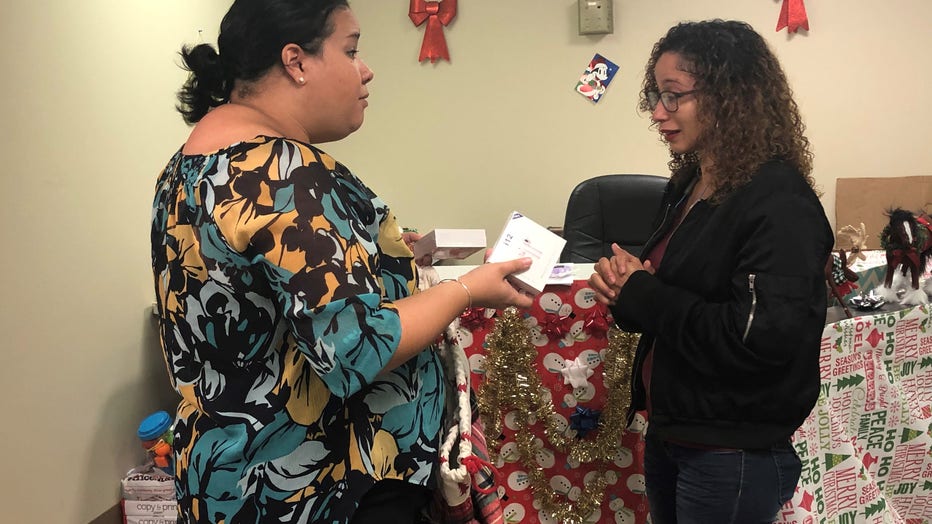 FOX 35 News was there Wednesday morning as Crespo picked out new gifts for her five-year-old daughter and ten-year-old son.

"They are trying to make Christmas whole again. It’s amazing. I’m truly blessed to have such an amazing community."

It's a community filled with Christmas magic.

"Thank you, thank you so much for the generosity, the support, the love," Crespo said.