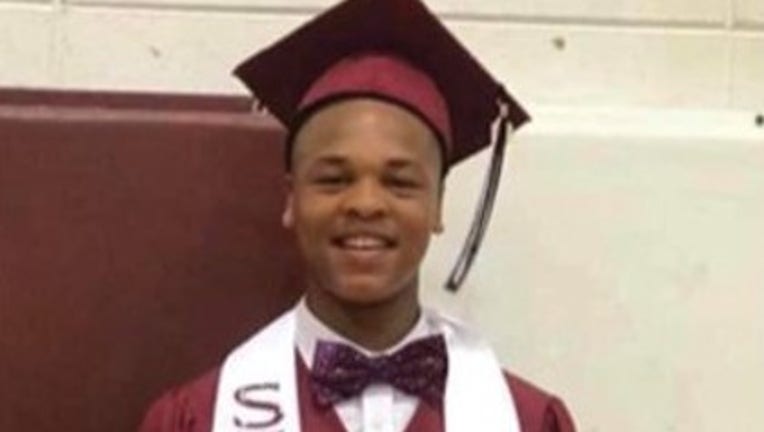 HAZLEHURST, Miss. - Authorities in Mississippi are looking for the gunman after an officer responded to a call only to find out her son was the victim.

When Cooley arrived on the scene on Larkin Street, she realized that her 20-year-old son, Charles Stewart, Jr., was lying in the middle of the road suffering from a gunshot wound to the head.

Her son was already declared dead.

"We initially responded to the call, not knowing when I made it over there, the person was going to be my son that was laying there," she told local affiliate WLBT.

An Alamo, Georgia, police officer was murdered during his first shift with the department, leading to a statewide manhunt for the suspect allegedly responsible. Dylan Harrison, 26, was shot and killed just outside the police station. The alleged suspect, Damien Ferguson, was captured after a manhunt on Sunday.

"As we get out, I look and I was like, ‘This is my son, this is my son.’ So, I literally just go into a break down you know? Like, why? Who would do this to my son?" she further told the news outlet.

Murray said because the shooting involves an officer’s family member, the investigation will be turned over to the Mississippi Bureau of Investigation.

"It’s traumatizing for the whole family," Stewart’s father also told WLBT, saying his son was a good person who got along with everyone. "We’re just trying to cope day to day. Just trying to figure out why this happened and who could have did this."

The story was reported from Los Angeles.