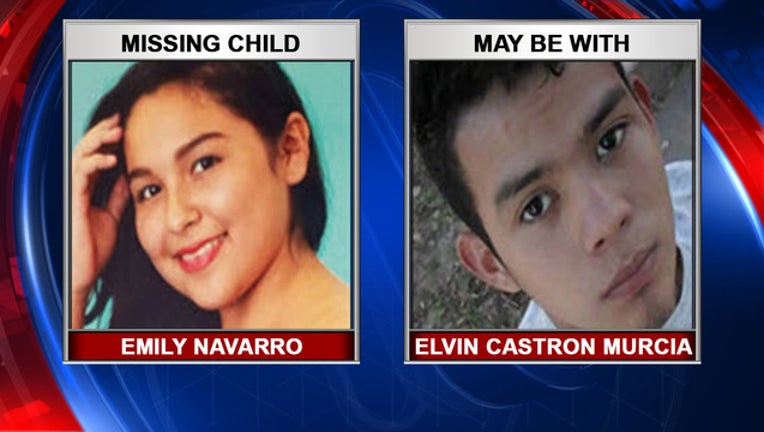 NAVARRE, Fla. (FOX 13) - A Florida Missing Child Alert has been issued for a 12-year-old girl from Navarre.

Emily Navarro is described as 4’6 tall, weighs 130 pounds and has black hair and brown eyes. She was last seen in the area of the 6800 block of Flintwood Street in Navarre, located in the Florida panhandle. Although, officials did not say when she went missing. She may be in the company of 18-year-old Elvin Castron Murcia, who is described as having a light-skinned color tone, with black hair, brown eyes and a slender build.

Officials say they may be traveling in a black Honda Civic, with a Tennessee license plate. It's unclear what led up to her disappearance, or the the relationship between Emily and Elvin.

Anyone with information on the child’s whereabouts are asked to contact the Santa Rosa County Sheriff’s Office at 850-983-1100 or 911.