Imagine living in a 350-square-foot apartment. A Central Florida developer has plans for a micro-apartment building in Downtown Orlando. It’s called Vive on Eola, a 12-story development at Church Street and Eola Drive in Thornton Park.

ORLANDO, Fla. - Imagine living in a 350-square-foot apartment. A Central Florida developer has plans for a micro-apartment building in Downtown Orlando. It’s called “Vive on Eola,” a 12-story development at Church Street and Eola Drive in Thornton Park.

To put that space into perspective, it’s about the size of two parking spaces, or your standard hotel room. Think of it as living at a hotel. Common space will include a pool, grill area, gym and workspace.

“The 12th floor will be an amenity deck, where people can come out and share the day with each other and so forth,” Dicks said.

The development is targeting young professionals who don’t want roommates. 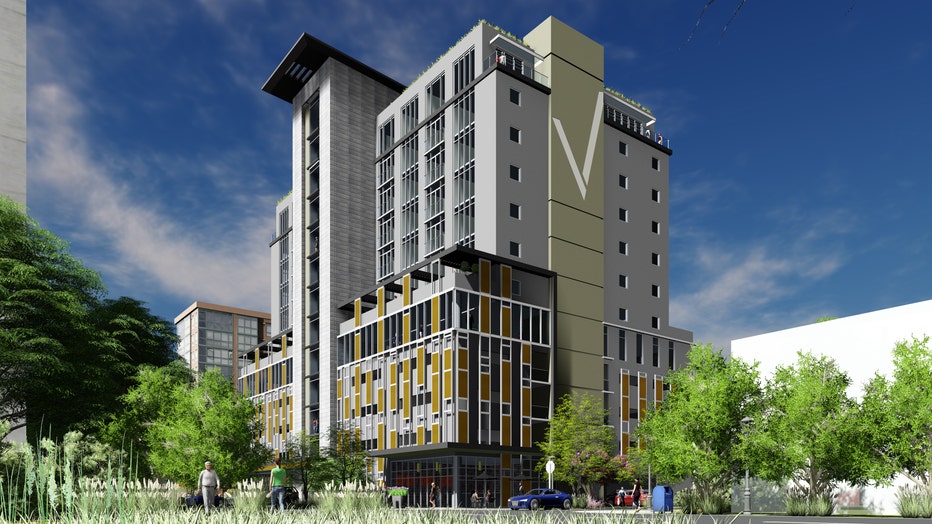 “This gives them that option to have their own place, to be able to live, work and play,” Dicks said.

Each unit will be equipped with a full bathroom, kitchen, washer and dryer and living area. The furniture and appliances will be custom-made for smaller spaces.

“Most of these young professionals 25 to 27 really aren’t accumulating a lot of stuff, don’t need a lot of stuff, aren’t staying in their rooms; they’re really going out and networking and utilizing the rest of the building,” Dicks said.

“I think the downtown lifestyle is important for young professionals, have access to food, restaurants, shopping,” said Tony Eelman, an Orange County resident.

But some say, the concept isn’t for them.

“I kind of like bigger places to live,” said Joe Johnson, a Downtown Orlando resident. “Yeah, I probably wouldn’t do it.”

“I currently live in an 800-square-foot apartment and I would not downsize,” said Hannah Martin, an Orlando resident. “I need more space for my stuff.”

Martin said she feels the planned rate of $1,200 dollars a month is too high.

“The only way you’re living downtown for $1,200 is if you’re gonna double up with somebody,” Dicks said.

Construction is expected to begin spring of 2021, leasing will start in early 2022.