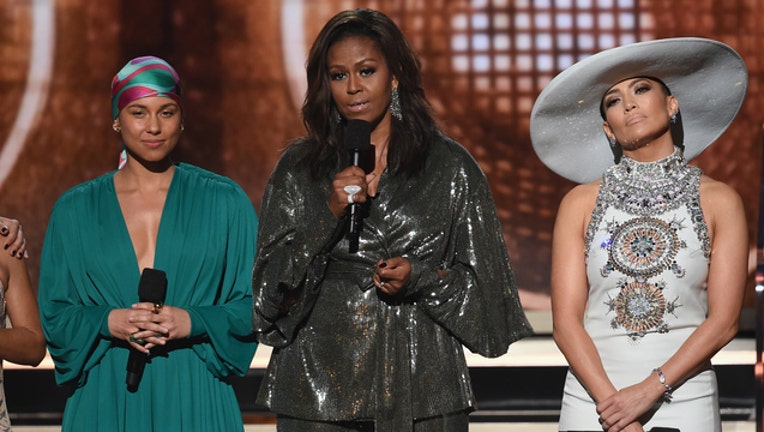 Obama's initial comments were interrupted by raucous applause and many in the Staples Center crowd stood. She smiled and eventually re-started her comments.

"From the Motown records I wore out on the South Side to the Who Run the World songs that fueled me through this last decade, music has always helped me tell my story, and I know that's true for everybody here," Obama said.

"Whether we like country or rap or rock, music helps us share ourselves, our dignity and sorrows, our hopes and joys. It allows us to hear one another, to invite each other in. Music shows us that all of it matters - every story within every voice, every note within every song, is that right ladies?" Obama said.

Keys paused to absorb the moment and referenced the Beyonce song in asking, "Who run the world?"

Obama, who grew up on the South Side of Chicago, has been on a tour to promote her memoir "Becoming."