ORMOND BEACH, Fla. (WOFL FOX 35) - It was an eleven-hour wait for two jet skiers, stranded in the middle of a Volusia County swamp. Finally, though, it was sheriff's deputies to the rescue.

Robert Roomsburg and Wayne Hasher were found at last, after a dark night floating on a Jet Ski, getting bitten by mosquitos. Roomsburg gave rescuers a relieved thumbs-up, even though he had a nasty stingray barb stuck in his foot.  It all started the night before, with deputies getting a frantic 911 call from Roomsburg's fiancée.

“We were jet skiing earlier today, all of us on the jet skis,” she told dispatchers, “my fiancée took off on the jet ski, he's been missing for four hours, more like five hours. I tried to call several different people, Fish and Wildlife, the Ormond Beach Police Department, nobody's showed up - I don't know what to do!”

Deputies say the two men and three others were taking turns on the jet ski, that afternoon. As night fell, Roomsburg and Hasher got disoriented and lost in the darkness at Bulow Creek State Park. Deputies tried throughout the evening to find them, even checking local hospitals, but no luck.

Then, the next morning, the Air One helicopter spotted the men floating in the marshes. Deputies showed up in a rescue boat and the two exhausted men climbed aboard. After finally arriving back on dry land, EMS loaded Roomsburg onto a stretcher, headed to the hospital to treat his stingray wound.

Things didn't turn out as well for Hasher though. It turns out he was wanted on two outstanding warrants, and booked into the Volusia County jail. 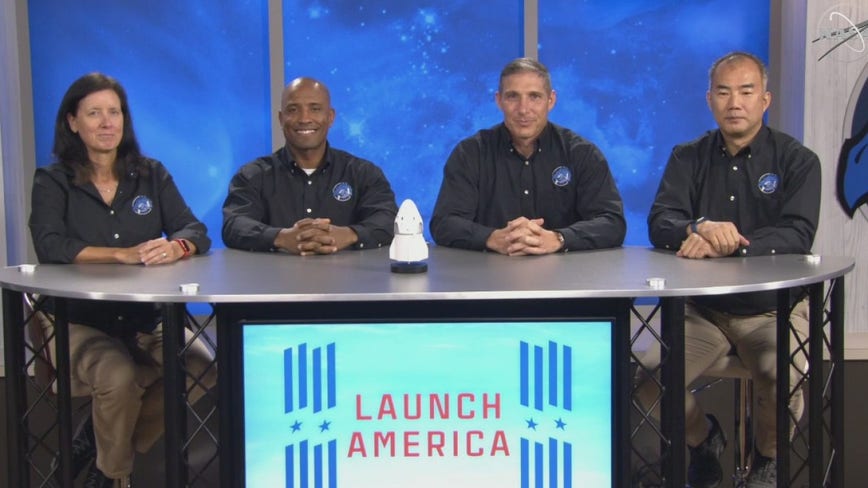