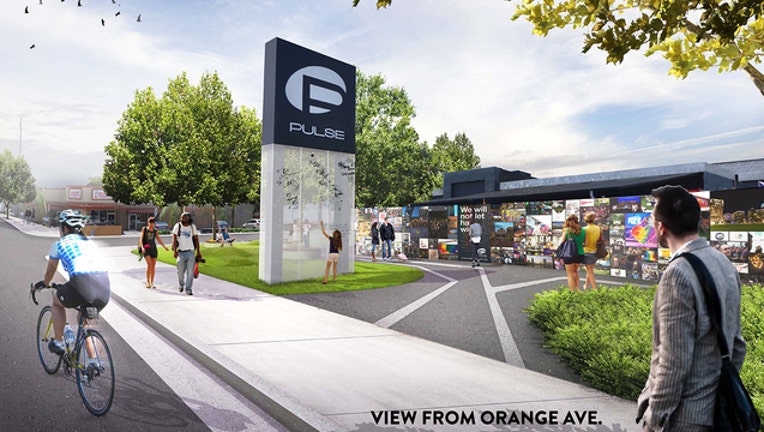 ORLANDO, Fla. (FOX 35 WOFL) - The PULSE Nightclub site has a new look, today. Workers removed all the memorials and signs from the property, getting it ready for a major overhaul that starts Monday.

Item by item, and piece by piece, PULSE owner Barbara Poma watched workers from the Orange County History Center load the votive offerings and messages into a truck. “This is... this is hard,” Poma said as she watched.

Tough as it may be, Poma knows it’s important for what comes next. On Monday morning, construction crews start building a new interim memorial at the Orlando nightclub where 49 people were killed and dozens injured. The memorial banner that they removed on Sunday had been surrounding the outside of the PULSE Nightclub since a month after the shooting.

“It's hard for me to see it like this because this taking us back to a really dark place, but it's a necessary process,” Poma said.

The interim memorial will feature a new fence covered with images from PULSE and tributes to the victims and survivors. They're also adding new landscaping and panels at the base of the PULSE sign where people can keep leaving messages and items. The things they packed up on Sunday will eventually become of a permanent PULSE memorial.

“We'll take them, we'll do a conservation, we'll clean the items up,” explained Pam Schwartz, Chief Curator of the Orange County Regional History Center, “we'll house them in archival storage, we'll do an inventory, as opposed to putting them in our museum catalog.”

While the interim memorial will be open within two months, Poma says for now the bare walls bring back painful memories.

“I think we tried to prepare everybody as much as we could,” Poma said, “but until it happens you don't know how you're going to feel about it.”

She said the permanent PULSE memorial should be complete within two years.