Hotel to be used as affordable housing

ORLANDO, Fla. - Developer Mark Vengroff has a plan for what is now Orlando's Ambassador Hotel on Colonial Drive; he hopes to transform the hotel into rent-controlled apartments – mostly studios with rent starting around $750 a month, utilities included.

"It's a beautiful neighborhood, and this particular property, if you haven't been there, it's a mess. There's a lot of activity, a lot of criminal activity that was taking place, so we very much specialize in cleaning that up," Vengroff said.

His company, One Stop Housing, seeks to give the former hotel a top-to-bottom renovation, turning it into "Palm Gardens." He envisions having a total of 150 units made up of one-, two-, and three-bedroom apartments.

"Completely gut it out, right down to the cinder block," Vengroff said, "replace everything from plumbing, electric, flooring, and install full kitchens, custom cabinetry, built-in microwaves, oven and stove, full-size fridge, and make it affordable." 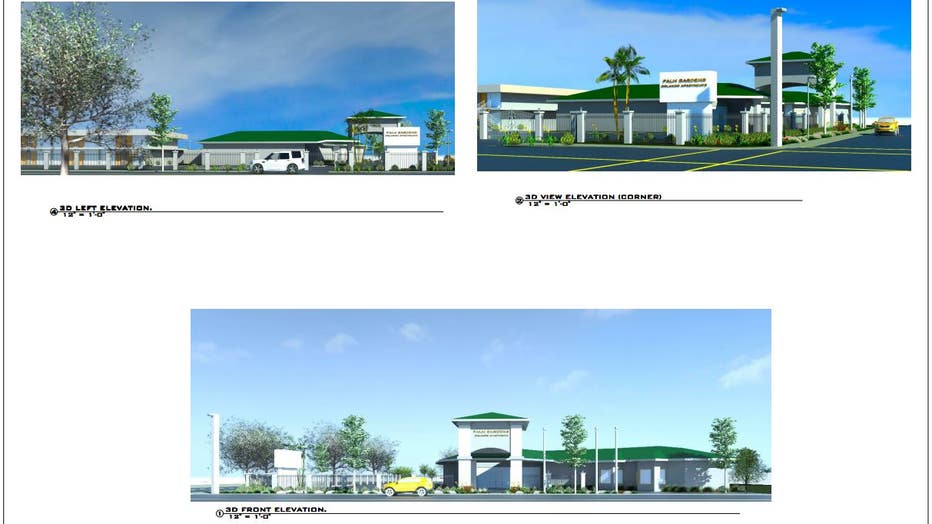 His company also built Colonial Gardens, which began as a hotel and was transformed into affordable housing. "It's peaceful, it's nice, the neighbors are friendly," said resident Karen Boyd. "It's great."

Orlando Housing and Community Development Director Oren Henry said the city has a tremendous need for affordable housing. "We are heavily a service-based community with hotels and restaurants and such. We have to think about those workers," he said.

If all goes as planned, Palm Gardens could be ready for tenants in about 18 months, which would be late 2023.