Orlando International Airport's shiny new Terminal C is aiming to get back on track after COVID-19 constraints forced builders to cut back on the number of gates.

ORLANDO, Fla. - Orlando International Airport's shiny new Terminal C is aiming to get back on track after COVID-19 constraints forced builders to cut back on the number of gates.

Plans now filed with the Federal Government will add on four new gates that officials say will increase passenger capacity at one of Florida’s busiest airports. Passengers say it's good news.

"I think the increasing population makes it necessary or justifies the expansion," said Dave Clarke, who was flying to South Africa.

The airport has applied for $50 million from the Federal Aviation Administration's $5 billion Bipartisan Infrastructure Law Airport Terminal Program for most of the project. The application states that the money will go to the four new gates, eight new loading bridges, and more. The project's improvements include making the building more accessible for people with disabilities and making the terminal more environmentally friendly. 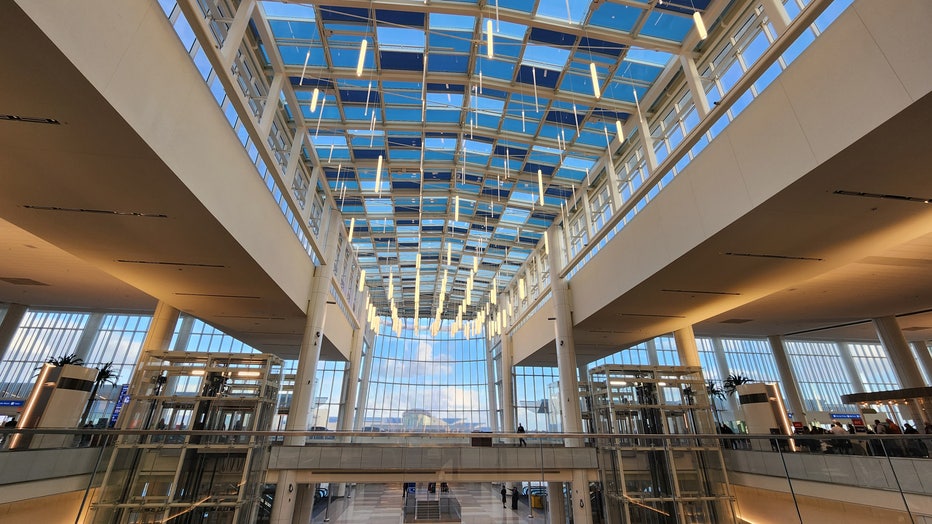 Terminal C currently has 15 open gates. The airport says the facility already adds capacity for 10-12 million annual passengers. The multi-billion-dollar terminal has had its share of hiccups though, like when it opened in September and the baggage handling system failed to work properly.

Overall though, passengers say they're pleased with the new facility.

"It was a lot less stressful," said Ian Gardner, who was visiting from the UK, "and there's many people around to give you advice on where you need to go if you're looking a bit lost."