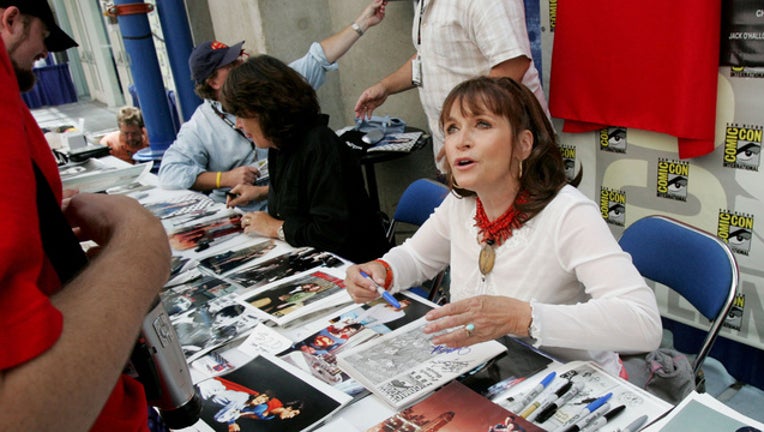 LOS ANGELES (AP) - Margot Kidder, who starred as Lois Lane opposite Christopher Reeve in the "Superman" film franchise of the 1970s and 1980s, has died.

Kidder died Sunday at her home in Livingston, Montana, according to a notice on the website of Franzen-Davis Funeral Home. She was 69.

No cause or other details were given.

"Superman," directed by Richard Donner, was a superhero blockbuster two decades before comic book movies became the norm at the top of the box office, and is cited as an essential inspiration by makers of today's Marvel and D.C. films.

Both Kidder and Reeve, who played Superman, were relative unknowns when they got their leading parts in 1978's "Superman." The filmmakers saved the star power for other roles - Gene Hackman as villain Lex Luthor and Marlon Brando as Reeve's father Jor-El.

Kidder had many of the film's most memorable lines, including "You've got me?! Who's got you?!" when she first encountered the costumed hero as she and a helicopter plunged from the top of a Metropolis building.

Marvel Studios President Kevin Feige called the moment "the best cinematic superhero save in the history of film" at an Academy of Motion Picture Arts and Sciences event honoring Donner last year.

Kidder and Reeve went on to star in three more "Superman" movies, the last being "Superman IV: The Quest for Peace," in 1987.

Both would remain known almost entirely for their "Superman" roles, and struggled to find other major parts. Reeve, who was paralyzed from the neck down in a horseback riding accident in 1995, died in 2004.

Kidder also had a small part in "The Great Waldo Pepper" with Robert Redford in 1975, and a leading role in "The Amityville Horror" alongside James Brolin in 1979.

Kidder had a debilitating car accident in 1990 that left her in a wheelchair for most of two years and made it difficult to work.

She told ABC's Barbara Walters in a 1996 interview that she had struggled for decades with mental illness, a fight that became public when she was found dazed and filthy in a yard not far from the studio where she once played Lane.

The Canadian-born Kidder had been living in Montana in recent decades and spent much of her time on political activism.