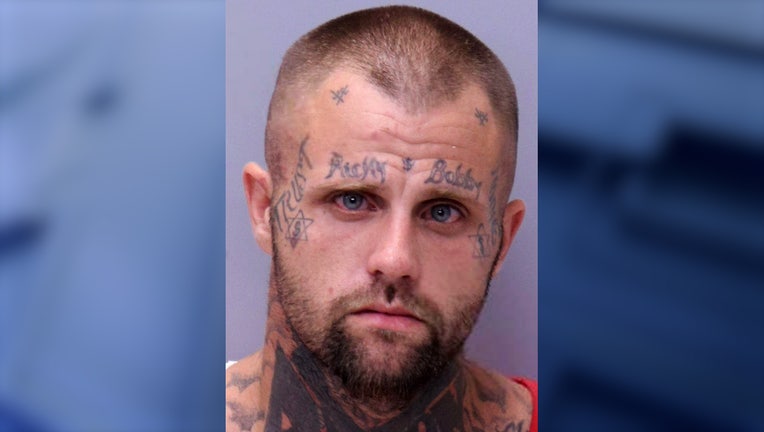 ST. AUGUSTINE, Fla. - A man with the words "Ricky Bobby" tattooed across his face, was arrested outside a Buc-ee's gas station in Saint Augustine Wednesday after he was caught driving a stolen SUV, according to the St. Johns County Sheriff's Office.

Deputies said Brett Dixon, 29, of Tennessee, was seen on surveillance video entering the parking lot of the gas station in a green Jeep Cherokee bearing a Virginia tag. It's the same SUV deputies said was reported stolen out of Wise, Virginia on Monday. Authorities said the Jeep's passenger window had been busted out and shards of glass covered the passenger side floorboard.

SJSO arrested Dixon on charges of vehicle theft and driving with a suspended/revoked license.

He also faces an additional charge for giving deputies a fake name while being booked into jail, an arrest report stated.

Ricky Bobby is a fictional character played by actor Will Ferrell in the 2006 movie, Talladega Nights.