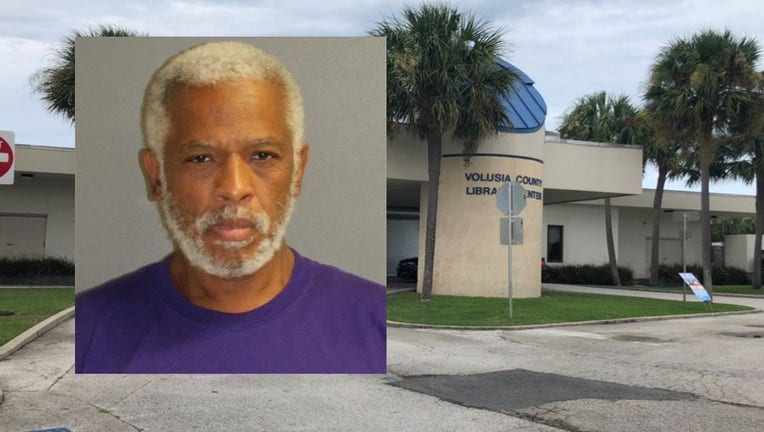 DAYTONA BEACH, Fla. - New information from police revealed that the only thing a man who stabbed a woman with scissors at a Central Florida library said to her before the attack was "hello."

On Tuesday, Daytona Beach police officers responded to reports of an attack inside the City Island branch library. They were told that a man, identified as 55-year-old Burman P. Bedford, walked into the building, went to the children's section, and spoke to a female employee.

During the conversation, they said that the Bedford attacked the woman with a pair of scissors. She suffered non-life-threatening injuries to her face and eyes and was transported to Halifax Health Medical Center for treatment.

Police say a librarian was attacked by a man with scissors in Daytona Beach. The victim is recovering and the suspect has been taken into custody.

In an arrest affidavit released on Wednesday, police revealed that Bedford did not say anything except "hello" to the woman before attacking her. They also said that the woman's nose was broken from the incident.

Cameras in the library showed Bedford striking the victim multiple times with a closed fist, the affidavit said. The victim fell to the ground and was struck in the head four times. He was also seen tossing a pair of scissors and a large amount of hair onto the ground.