ORANGE COUNTY, Fla. (WOFL FOX 35) - Troopers with the Florida Highway Patrol say a woman lost control of her SUV and it crashed into a pond, fully submerging under water. That's when they say a man jumped in and saved her.

"I heard the car jump the curb. I turned around and saw the car going between two palm trees, jump a wall and land into the lake," explained Shane Fahey, a painter who says he was working nearby when he witnessed the crash of off Innovation Way.

"Took off running, took everything out of my pockets and jumped in the water to help her.  Somehow, the window got cracked enough for me to slam it down, and at that point, it lost the buoyancy and started going under with her in it."

Luckil, Fahey had his painter's knife on him.

"I was able to cut the seatbelt and swim her over and pass her to another guy, named Bucky, cause I was a little tired at that point, and he swam her to shore."

Investigators say the 66-year-old driver suffered a medical episode as she was driving, which led to the crash.

Fahey, 37, says three other men also jumped into the pond to help.

"Glad to help her!  I'm sure her family's happy she gets to come home."

Investigators say the driver was taken to the hospital and is ok. 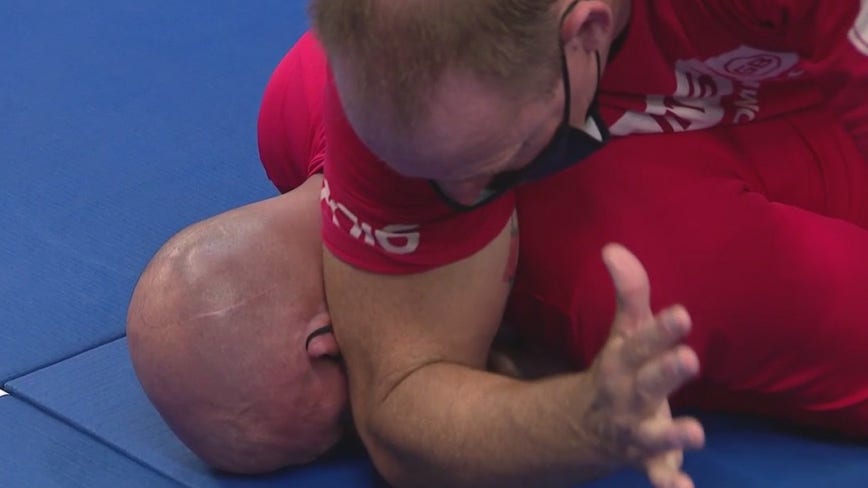 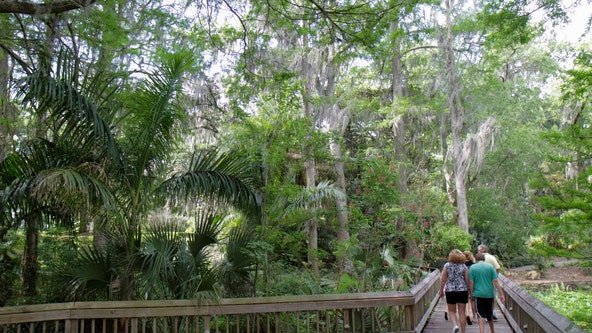 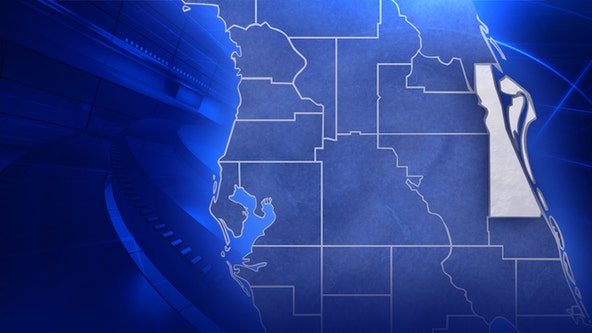