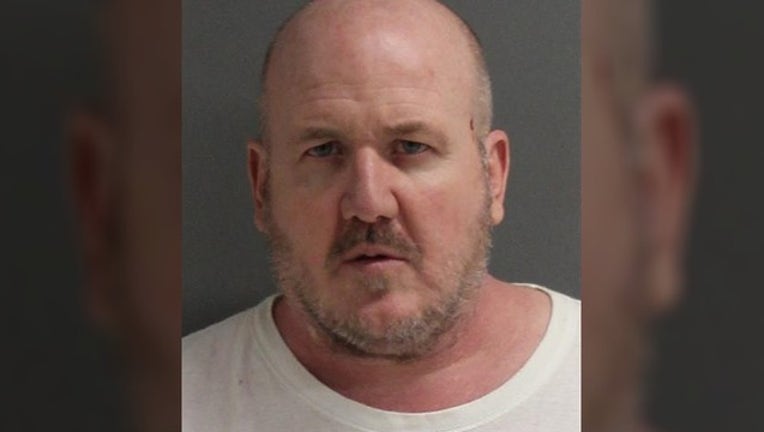 VOLUSIA COUNTY, Fla. (FOX 35 ORLANDO) - A 'hurricane handyman' has been arrested for stealing over $20,000 from several elderly victims.

The Volusia County Sheriff's Office said that 47-year-old Russell Bannister was a handyman scam artist who took about $21,378 from several victims over the last 30 days.

They said that Bannister's victims were usually elderly residents of Edgewater and Daytona Beach. He would visit victim's homes and identify himself as a handyman. Victims would pay him to make repairs around the home.

For example, deputies said that Bannister visited the home of a 78-year-old woman in Ormond Beach. After identifying himself as a handyman, he was invited inside the home. He gave an estimate to paint, repair, and install new flooring in the woman's home. He said he needed a $1,100 up-front payment for materials, so the woman paid him in cash using funds from her bedroom.

Bannister then reportedly showed up at the woman's home unannounced, claiming he could not reach her by phone. He told the victim to walk outside with her telephone while he called her to test her phone service. She did so but discovered after Bannister left that her remaining $6,900 in cash was missing from her bedroom.

Bannister has four other active fraud/ theft investigations against him in Volusia County, police said. These cases involved him and accomplice offering to pressure wash or paint the victim's home for a price. Instead of actually do so, he steals cash and checks and never even starts the work.

Bannister also reportedly ran from a sheriff's deputy who spotted him at the latest victim's home. He was not immediately located. Deputies in South Carolina later found him posing as a pastor collecting funds for tornado victims.

Bannister was reportedly arrested on several charges of exploiting a vulnerable adult, burglary, and assault/battery on a law enforcement officer.

Any other victims of Bannister is asked to contact law enforcement to report their cases.