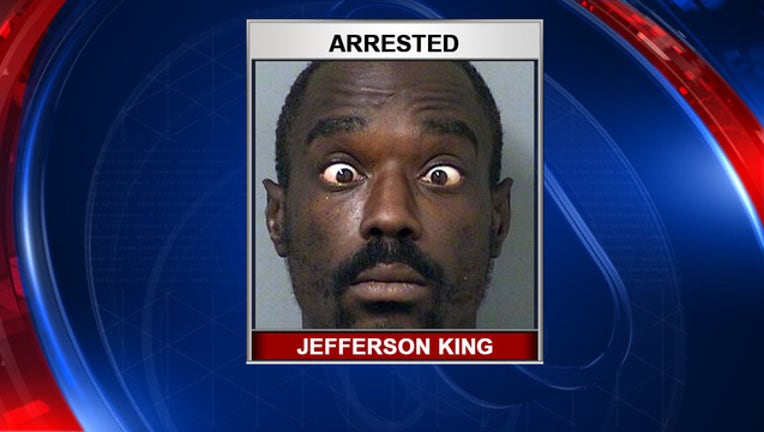 Jefferson King was arrested last Wednesday after a woman in a Burger King accused him of exposing himself.

When confronted by the woman , King allegedly responded by saying, "What? I'm playing with my penis," WPBF reported, citing the man's arrest report.

King, 33, denied the accusations when police arrived, but they jailed him on indecent exposure charges.  He was released two days later on $1,000 bond.