Advocate for the homeless hangs care bags throughout Palm Bay

Thomas Rebman has been hanging the bags every year for six years.

PALM BAY, Fla. - A homeless advocate in Palm Bay has placed hats around the city for the homeless.

The colors on the hats have special meaning.

“Yellow is for veterans,” Tom Rebman said. “Orange is for hunger and purple is for homelessness.” 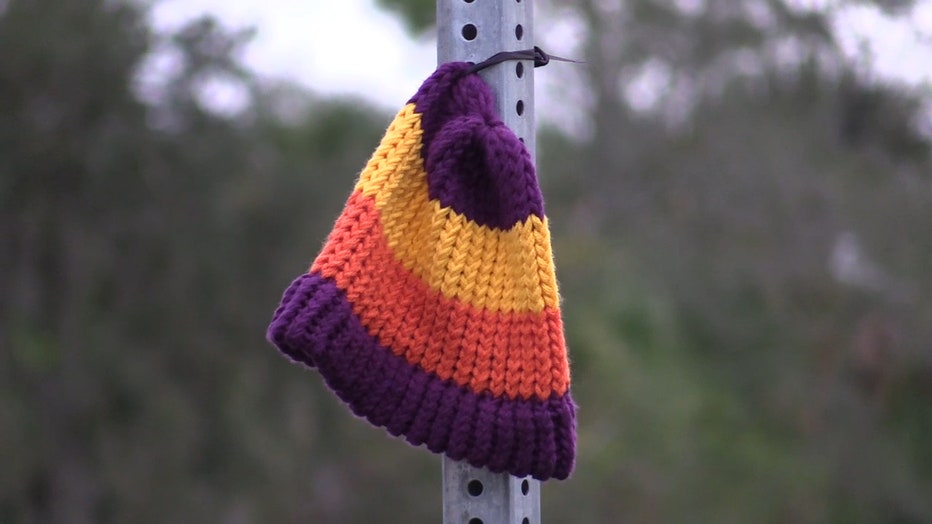 Tom Rebman is the man responsible for those hats.

Every year, his wife knits about 150 of them for the homeless.

“On the longest night of the year, which is Homeless Memorial Day, we hang them all over the city and we put them with toiletries so that the homeless knows the community cares about them and it also raises awareness because everybody asks, ‘What are all these hats?’” Rebman said.

Rebman is a school teacher who lives in Palm Bay.

He’s also an advocate for the homeless.

This is the sixth year he’s hung the hats.

Some of his students help him hang them and put the care packages together.

He hopes they send a clear message to all of those who see them.

“The bottom line is that the homeless service delivery system is broken and these people don’t have help,” Rebman said. “So, I want them to know that we care about them and that we’re still working on a solution.”

Rebman put the hats out Saturday and in just a day many of them are already gone.

He says the hats are only a small part of his mission.

“I’ll feel I’m making an impact when we improve homeless services in the community,” Rebman said.

After the beginning of the year, Rebman will remove any remaining toiletries and hats from the poles.