Police said a woman escaped from a suspect accused of kidnapping a woman at gunpoint before sexually assaulting her.

ORLANDO, Fla. - A man has been arrested after deputies say he kidnapped a woman from the parking garage of her Orlando apartment complex and sexually battering her.

According to an arrest affidavit, the victim arrived home to the Aqua at Millenia Apartments at around 7 p.m. on Sunday night. As she was taking bags out of her car, deputies say Lucas grabbed her by the neck and said "if you scream, I have a gun and I will shoot you."

MORE NEWS: Boys & Girls Club broken into for the second time this year

Lucas reportedly told the victim to get into the passenger side front seat and put her head between her legs while he drove the car. The victim says he drove her to Sarasota. Deputies say he drove the victim to an abandoned house where he told her to take her pants down and forced oral sex on her. 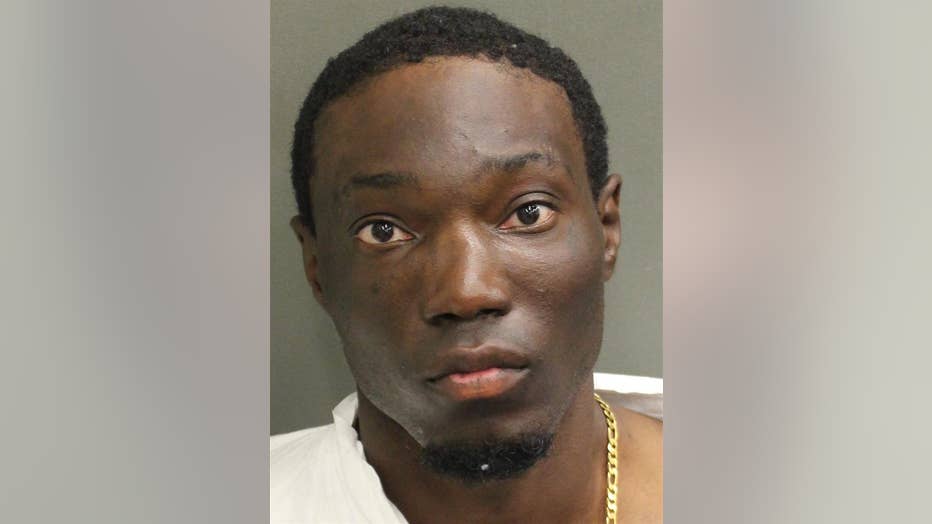 Lucas then reportedly ordered the victim to drive back to Orlando. On the drive, deputies say he fell asleep. The victim exited I-4 and saw a 7-Eleven located at International Drive and Destination Parkway. She ran into the business for help and asked the clerk to lock the door because she was afraid Lucas would kill her. The store employee locked the door and deputies said Lucas began banging on the window holding a purse. He then ran in an unknown direction.

Deputies then responded to a call about a suspicious person at the Lockheed Martin on Sand Lake Road fitting the description of Lucas, where he was arrested.

The attorney for the victim, Ryan Vescio, sent FOX 35 News this statement:

"Our client is currently recovering from this traumatic incident. Although someone cannot ever fully heal from being subject to the terror which existed in this case, she is looking forward to seeking justice to the fullest extent of the law and holding this violent career criminal responsible."