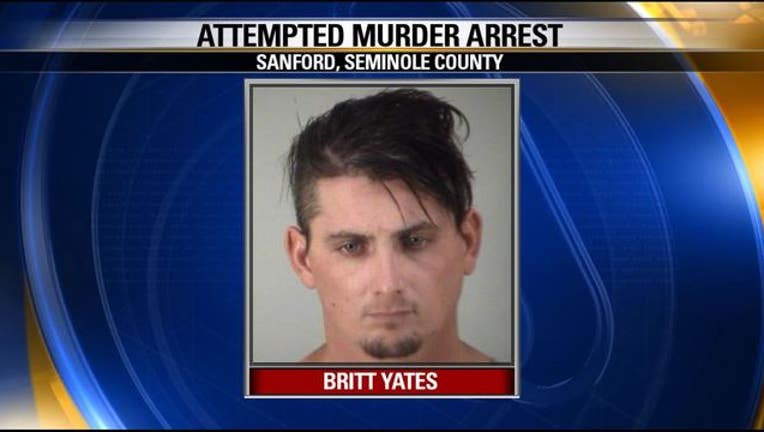 EUSTIS, Fla. (WOFL FOX 35) - - Police have arrested a man they said tried to kill another man with a machete.

According to Eustis Police, officers arrived on scene of a reported assault at the "Colonial Motel" on S. Bay St. in Eustis.

When they arrived, police said the victim met with officers holding his bloody right arm, which was wrapped in a bed sheet.

The victim told officers he was attacked with a machete by Britt Lee Yates, 28, whom the victim said he knows.

The motive for the attack is still under investigation.