Lukas Alves is facing multiple charges after he reportedly shot a Florida police officer through a hotel door in Melbourne Friday afternoon.

MELBOURNE, Fla. - A man accused of shooting a Melbourne police officer from a hotel room was arrested Friday afternoon.

Police identified the officer as 26-year-old veteran K-9 officer Gregory Hughes. Hughes has been released from the hospital.

Shortly before 5 p.m. on Friday, officers of the Melbourne Police Department responded to the Suburban Extended Stay Hotel on Dr. Martin Luther King Jr. Boulevard after receiving a 911 call for a well-being check. The hotel staff was attempting to speak with guests inside a room, and they were not responding.

An officer had a brief conversation with the suspect, later identified as 28-year-old Lukas Alves, inside one of the rooms before he went silent, and then started to count down, according to Melbourne Police Chief David Gillespie. 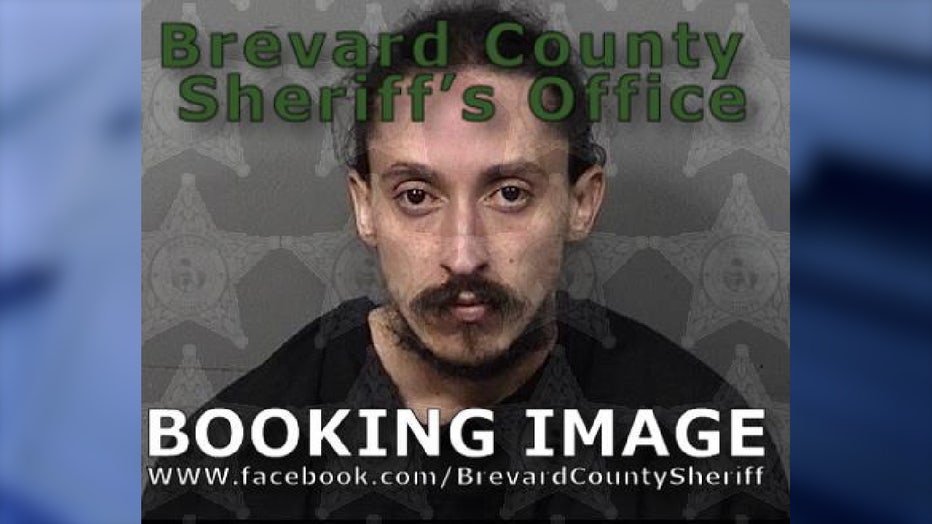 "When he got to 3, 2, 1, he started to fire through the door, and he struck an officer in the vest," Gillespie said.

Two officers exchanged gunfire with Alves during the incident, police said in a news release. They have been placed on routine administrative duty pending the outcome of the investigation.

A Melbourne police officer was shot and transported to the hospital on Friday after a suspect shot at him through the door of a hotel.

Alves was arrested on charges of attempted murder of a law enforcement officer, shooting into an occupied dwelling and aggravated assault with a firearm.

"The two occupants of the hotel room, who were involved in the shooting, surrendered and are now in custody. Criminal charges are pending as the investigation is still ongoing," officials said in a news release.