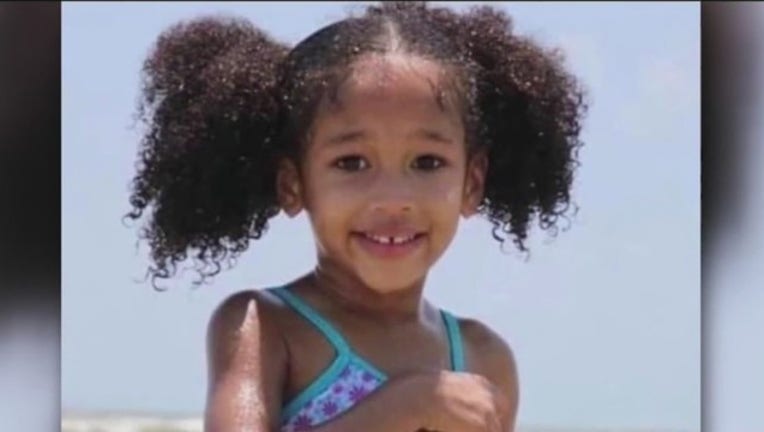 HOUSTON (FOX 26) - The death of 4-year-old Maleah Davis was caused by "homicidal violence", according to the Harris County Institute of Forensic Sciences.

Maleah's remains were found on a roadside in Arkansas on May 31, nearly a month after she was reported missing from Houston.

Authorities were able to find the remains just hours after Derion Vence, Maleah Davis' mother's ex-fiance, confessed to Quanell X that Maleah is dead. He said it was an accident and that he dumped her body in Arkansas.

Vence showed up to Houston Methodist Sugar Land Hospital on the night of May 4 with his one-year-old son seeking treatment for a head injury. He claimed to have been attacked the night before on his way to pick up Maleah’s mother, Brittany Bowens, from George Bush Intercontinental Airport.

He told police that Maleah and his infant son were in the car with him, when he pulled over to check his tire around Greens Road and Highway 59. Vence then claimed that three Hispanic men pulled up in a blue Chevy pickup truck and beat him up until he passed out. He reported that the next day he regained consciousness near First Colony Mall. Maleah and his car were nowhere to be found, but his son was still with him.

An Amber Alert was then issued for Maleah on May 5.

The following day, volunteers and Texas EquuSearch began looking for the four-year-old girl. They began their search in the northeast Houston area where Vence alleged the abduction occurred.
Police announced conflicting information from Derion, and the search was shifted to the area near the southwest Houston apartment where Maleah lived.

A Houston police detective then told FOX 26 that Derion Vence was a person of interest in the disappearance of Maleah.

Two days later, the silver Nissan Altima was located in the parking lot of a Missouri City shopping center. Police said all the car’s tires appear to be fine.

Prosecutors say dogs picked up the scent of a human cadaver in the car's trunk. They said a laundry basket and a gas can were also found in the trunk.

Vence was arrested and charged with tampering with evidence, namely a human corpse, on May 11.

The search by volunteers continued for days across the Houston area, including Vence's former mail route in Rosharon.

Texas EquuSearch then suspended their search until they could obtain more information that would put them in the right location to find Maleah. Meanwhile, volunteers continued searching through wooded areas.

Just before noon on May 31, Quanell X held a press conference with Texas EquuSearch founder Tim Miller. Quanell X said he spoke with Vence in jail. He said Vence told him that Maleah's death was an accident and that he admitted to dumping her body in a ditch in Arkansas.

“One thing [Vence] wanted to make clear to me was that what happened to Maleah was an accident,” Quanell said. "He confessed to me where he dumped her body."

Detectives and Tim Miller made plans to fly to Arkansas that afternoon to search the area where he said he left the body.

Just a few hours later, the garbage bag was discovered on the Arkansas roadway by a mowing crew. Her remains were brought back to Houston and positively identified by the Harris County Institute of Forensic Sciences.