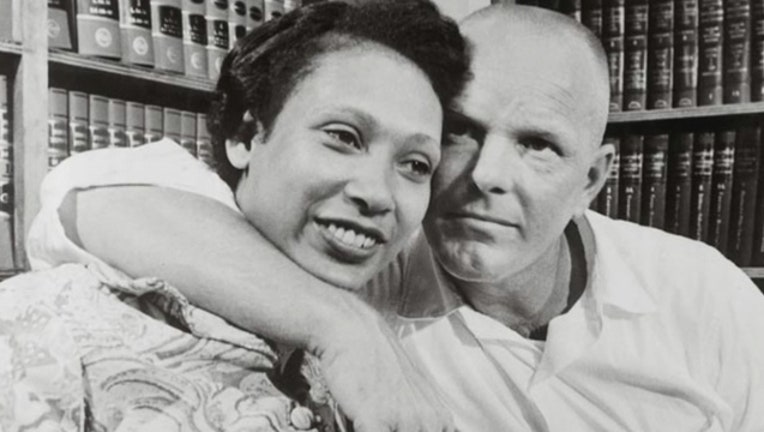 WASHINGTON - (AP) -- Fifty years after Mildred and Richard Loving's landmark legal challenge shattered the laws against interracial marriage in the U.S., some couples of different races still talk of facing discrimination, disapproval and sometimes outright hostility from their fellow Americans.

Although the racist laws against mixed marriages are gone, several interracial couples said in interviews they still get nasty looks, insults and sometimes even violence when people find out about their relationships.

"I have not yet counseled an interracial wedding where someone didn't have a problem on the bride's or the groom's side," said the Rev. Kimberly D. Lucas of St. Margaret's Episcopal Church in Washington, D.C.

She often counsels engaged interracial couples through the prism of her own 20-year marriage - Lucas is black and her husband, Mark Retherford, is white.

"I think for a lot of people it's OK if it's 'out there' and it's other people but when it comes home and it's something that forces them to confront their own internal demons and their own prejudices and assumptions, it's still really hard for people," she said.

Interracial marriages became legal nationwide on June 12, 1967, after the Supreme Court threw out a Virginia law that sent police into the Lovings' bedroom to arrest them just for being who they were: a married black woman and white man.

The Lovings were locked up and given a year in a Virginia prison, with the sentence suspended on the condition that they leave Virginia. Their sentence is memorialized on a marker to go up on Monday in Richmond, Virginia, in their honor.

The Supreme Court's unanimous decision struck down the Virginia law and similar statutes in roughly one-third of the states. Some of those laws went beyond black and white, prohibiting marriages between whites and Native Americans, Filipinos, Indians, Asians and in some states "all non-whites."

The Lovings, a working-class couple from a deeply rural community, weren't trying to change the world and were media-shy, said one of their lawyers, Philip Hirschkop, now 81 and living in Lorton, Virginia. They simply wanted to be married and raise their children in Virginia.

But when police raided their Central Point home in 1958 and found a pregnant Mildred in bed with her husband and a District of Columbia marriage certificate on the wall, they arrested them, leading the Lovings to plead guilty to cohabitating as man and wife in Virginia.

"Neither of them wanted to be involved in the lawsuit, or litigation or taking on a cause. They wanted to raise their children near their family where they were raised themselves," Hirschkop said.

But they knew what was at stake in their case.

"It's the principle. It's the law. I don't think it's right," Mildred Loving said in archival video footage shown in an HBO documentary. "And if, if we do win, we will be helping a lot of people."

Since the Loving decision, Americans have increasingly dated and married across racial and ethnic lines.

Currently, 11 million people - or 1 out of 10 married people - in the United States have a spouse of a different race or ethnicity, according to a Pew Research Center analysis of U.S. Census Bureau data.

But interracial couples can still face hostility from strangers and sometimes violence.

In the 1980s, Michele Farrell, who is white, was dating an African American man and they decided to look around Port Huron, Michigan, for an apartment together.

"I had the woman who was showing the apartment tell us, 'I don't rent to coloreds. I definitely don't rent to mixed couples,'" Farrell said.

In March, a white man fatally stabbed a 66-year-old black man in New York City, telling the Daily News that he'd intended it as "a practice run" in a mission to deter interracial relationships.

In August 2016 in Olympia, Washington, Daniel Rowe, who is white, walked up to an interracial couple without speaking, stabbed the 47-year-old black man in the abdomen and knifed his 35-year-old white girlfriend. Rowe's victims survived and he was arrested.

And even after the Loving decision, some states tried their best to keep interracial couples from marrying.

In 1974, Joseph and Martha Rossignol got married at night in Natchez, Mississippi, on a Mississippi River bluff after local officials tried to stop them. But they found a willing priest and went ahead anyway.

"We were rejected everyplace we went, because no one wanted to sell us a marriage license," said Martha Rossignol, who has written a book about her experiences then and since as part of a biracial couple. She's black, he's white.

"We just ran into a lot of racism, a lot of issues, a lot of problems. You'd go into a restaurant, people wouldn't want to serve you. When you're walking down the street together, it was like you've got a contagious disease."

But their love survived, Rossignol said, and they returned to Natchez to renew their vows 40 years later.

Interracial couples can now be seen in books, television shows, movies and commercials. Former President Barack Obama is the product of a mixed marriage, with a white American mother and an African father.

Public acceptance is growing, said Kara and William Bundy, who have been married since 1994 and live in Bethesda, Maryland.

"To America's credit, from the time that we first got married to now, I've seen much less head-turns when we walk by, even in rural settings," said William, who is black. "We do go out for hikes every once in a while, and we don't see that as much any longer. It really is dependent on where you are in the country and also the locale."

Even in the South, interracial couples are common enough that oftentimes no one notices them, even in a state like Virginia, Hirschkop said.

"I was sitting in a restaurant and there was a mixed couple sitting at the next table and they were kissing and they were holding hands," he said. "They'd have gotten hung for something like 50 years ago and no one cared - just two people could pursue their lives. That's the best part of it, those quiet moments."