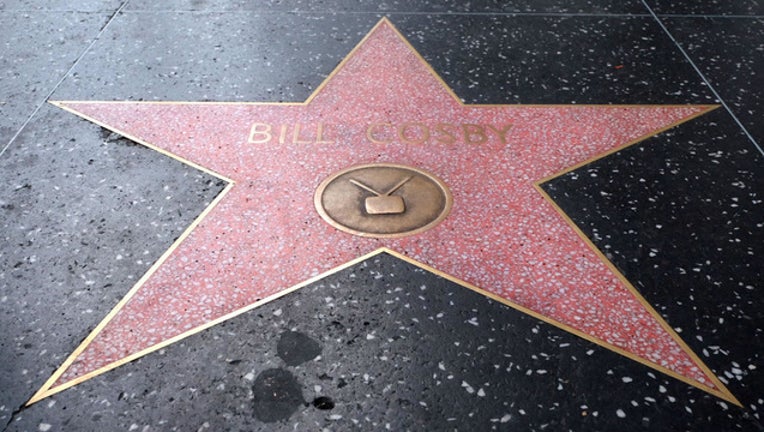 Actor-comedian Bill Cosby's star on the Hollywood Walk of Fame is seen after it was repaired on September 4, 2018 in Hollywood, California. (Photo by Matthew Simmons/Getty Images)

LOS ANGELES (FOX 11) - Louisa Moritz, who famously starred in "One Flew Over the Cuckoo’s Nest," has died, her attorney said.

Moritz died of natural causes at her home in Los Angeles and was reported working on two books at the time of her death, according to Fox News.

The actress was best known for her role as Rose in the 1975 film "One Flew Over the Cuckoo’s Nest" alongside Jack Nicholson and the 1970s show "Love American Style."

Moritz joined other female accusers of Bill Cosby in 2014, claiming Cosby sexually assaulted her in a dressing room before an appearance on Johnny Carson's "Tonight Show" in 1971, TMZ reported.

"Louisa Moritz was a brave woman who stood up against a powerful Hollywood icon, Bill Cosby, in an effort to restore her good name and reputation, after he publicly branded her a liar when she made public her allegations of sexual abuse and assault by Mr. Cosby," Joseph Cammarata, lead attorney in the defamation lawsuit against Cosby that Moritz was a part of, told FOX 11.

"Ms. Moritz was one of seven women who sued Bill Cosby for defamation. Despite her death, her claim against Mr. Cosby will continue in a Federal court in Massachusetts. We look forward to a resolution of the case that will establish that Louisa was a truth teller, so that her legacy will live forever untarnished."