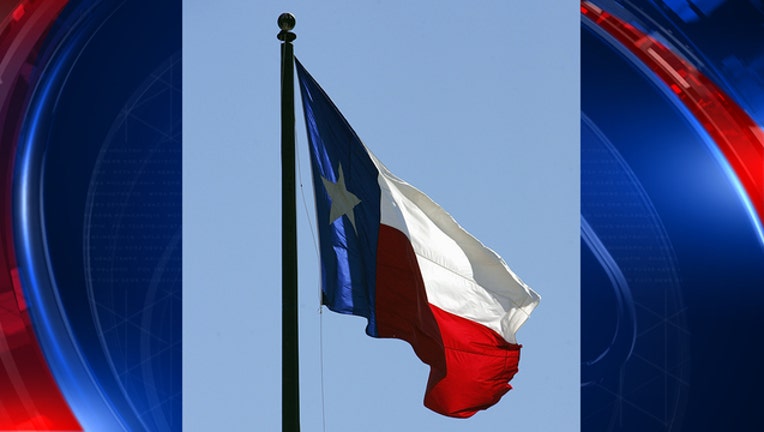 The Flag of Texas (Photo by Brian Bahr/Getty Images)

FORT WORTH, Texas (AP) - Republicans in one of the most populous counties in Texas voted Thursday to keep a Muslim doctor as their party vice chairman following infighting over some members' claims about his beliefs.

The executive committee of the Tarrant County Republican Party voted 139-49 to reject the effort to purge Shahid Shafi, a surgeon and City Council member in suburban Fort Worth.

"While tonight's vote brings an end to this unfortunate episode, it also demonstrates we are a party that respects the right of those who disagree on an issue to have a seat at the table and their voices heard," according to the statement. "Religious liberty won tonight and while that makes a great day for the Republican Party of Tarrant County, that victory also serves notice that we have much work to do unifying our party."

The Fort Worth Star-Telegram reported at least one precinct chair, Arlington Republican Dale Attebery, was said have to tossed his ID at the lecturn after the vote. Easton said he accepted that as Attebery's resignation.

Shafi told reporters that his faith in Tarrant County Republicans had been reaffirmed.

"As we struggled through the last few months, it would have been easy for me to quit. But I stayed on to fight," he said. "We were fighting for religious freedom ... and today we have come out victorious."

The Thursday vote result took a stand "against bigotry of all kinds," he said. "Our union is a little more perfect today."

A party precinct chairwoman, Dorrie O'Brien, had led the call to oust Shafi on claims that he may be more loyal to Islamic law or connected to a terrorist group. Shafi denied both claims and other Republicans have called them bigoted.

"Religious freedom is at the core of who we are as a nation and state," Gov. Greg Abbott said in a statement Wednesday, "and attacks on Dr. Shafi because of his faith are contrary to this guiding principle."

Other top Republicans, such as U.S. Sen. Ted Cruz and Land Commissioner George P. Bush, also had condemned the effort to oust him.

Cruz tweeted at one point that discriminating against Shafi because of his religion was "wrong." The First Amendment protects religious liberty for every faith, Cruz said on Twitter.

Former Tarrant County GOP leader William Busby earlier told the Fort Worth Star-Telegram that some large corporate donors "don't want to be associated with a party that's going in the direction of excluding people based upon their religious beliefs."

Shafi is one of two party vice chairmen and has worked for the party for about 10 years, including as a delegate to the state party convention. He's serving a two-year term as vice chairman and his election in July drew one lone dissenting vote among the approximately 250 precinct chairmen who voted that day. That lone dissenter was O'Brien.

A handful of others have joined her in opposing Shafi. O'Brien did not respond to a request for comment by The Associated Press.

Her call to reconsider Shafi's appointment gained traction with some party members after Tarrant County turned blue in the U.S. Senate race in November.

The State Republican Executive Committee in Austin responded to the move by passing a resolution recently that stressed Republican members across Texas have the "freedom to practice all faiths."

"I heard from a few people that if Shafi is removed they'll resign," said Brian Bledsoe, a Tarrant County GOP precinct chairman. "I don't know how serious they were about it, though. Regardless of the outcome, hopefully this Thursday will be the end of all of this."