There is a warning for visitors at one scenic park in Marion County. Some say alligators are getting a bit too close to people.

Dunnellon, Fla. - There is a warning for visitors at one scenic park in Marion County.  Some say alligators are getting a bit too close to people.

Kelly Colson says she spotted a gator during her trip to Blue Run Park in Dunnellon Thursday. It was her first time on a kayak.

"I got in the water and within five minutes there was a gator, so I freaked out and was trying to paddle away," Colson explained.

City officials said they got a tip earlier this month from a concerned citizen about gator activity in the park. Police say they’re worried about a narrow walking trail in particular, where the water is just a few feet from the path.

They have asked the Florida Fish and Wildlife Conservation Commission to do some trapping in the area. The agency said so far it has caught four alligators in the par, including one seven-footer. 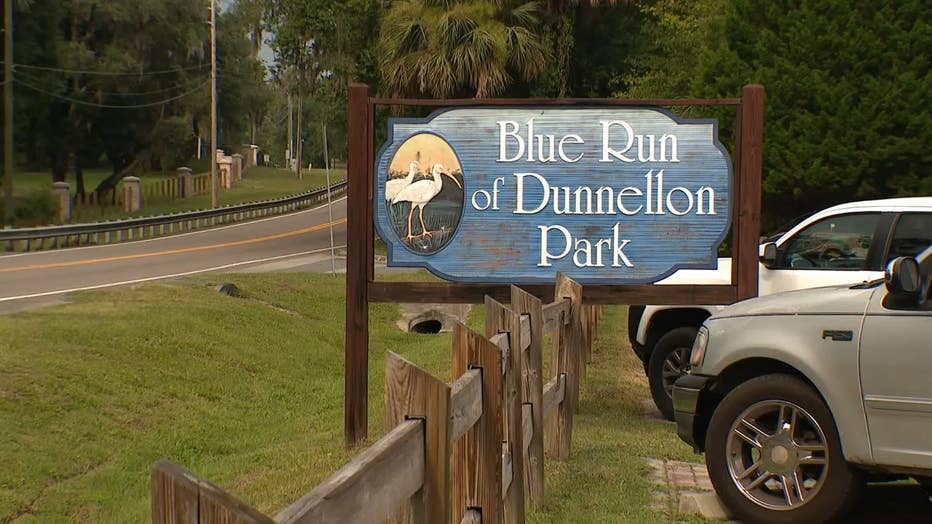 "I’m from Florida. Most gators are six to eight-nine feet," said Kaitlan Gurley, who is from Marion County.

Some locals said the gators don’t phase them one bit. They said they have always been hanging out in the murky river.

"They’re not swimming out to the tubers. They’re not trying to attack anybody. As long as you stay to yourself and don’t antagonize them, you’re fine," Gurley said.

Local officials said they will continue to monitor the park and its native inhabitants.