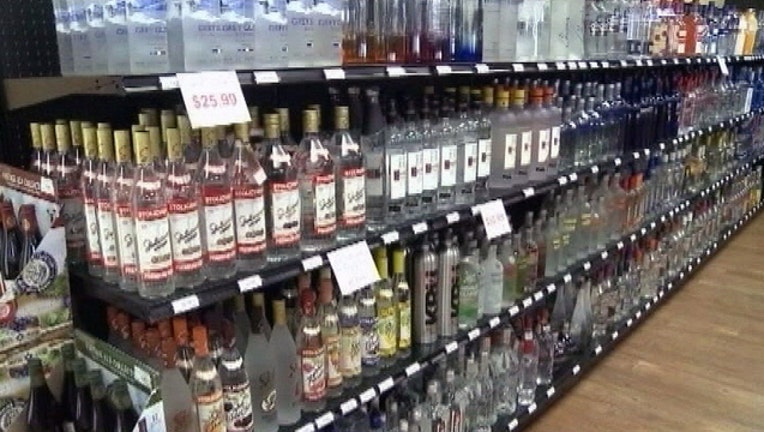 TALLAHASSEE, Fla. (NSF) - Pointing to concerns about preserving small-business jobs, Gov. Rick Scott on Wednesday vetoed a heavily debated and lobbied measure that supporters said would repeal a relic of the nation's emergence from Prohibition.

The so called “liquor wall” law, which requires hard spirits to be sold in separate facilities from most retail goods, will remain in place after Scott's veto of the repeal bill. The veto was a victory for independent liquor-store owners, ABC Fine Wine & Spirits and Publix Super Markets, which fought the bill during the legislative session that ended May 8.

Scott's decision on the proposal (SB 106) also ends for now the noisy legislative battles about the issue. Supporters of eliminating the law, including retailers Target, Costco and Walmart, argued that a repeal would promote free markets and customer convenience.

“We have made tremendous progress in the last four years, and there is a clear momentum in Florida for this common-sense approach to liquor sales,” said Michael Williams, a spokesman for the group Floridians for Fair Business Practices, which supported the repeal. “While Governor Scott ultimately chose to veto Senate Bill 106, we look forward to working with state leaders in the future to finally put an end to this outdated, Prohibition-era law.”

Scott, in a letter accompanying his first vetoed bill of the year, said the proposal's impact on small businesses outweighed his desire to further cut regulations.

“I carefully reviewed this bill and I have met with stakeholders on both sides,” Scott said. “I listened closely to what they had to say and I understand that both positions have merit. Nevertheless, I have heard concerns as to how this bill could affect many small businesses across Florida. I was a small business owner and many locally owned businesses have told me how this bill will impact their families and their ability to create jobs.”

Opponents of the bill argued that a repeal would hurt small liquor stores, eliminate jobs, result in a greater ability for minors to get liquor and lead to more impulse-buying of alcohol.

“We applaud Governor Scott for saving hundreds of Florida small businesses that employ thousands of Floridians, while at the same time keeping safeguards in place for minors,” ABC Fine Wine & Spirits Chief Executive Officer and President Charles Bailes said in a prepared statement.

Along with the independent liquor stores, Publix has been involved because it operates stand-alone liquor stores in many of the same shopping centers as its grocery stores. Meanwhile, retailers such as Target and Walmart --- battling online sales --- have been looking to sell liquor in the same stores where shoppers pick up groceries and other goods.

The bill was highly controversial, passing the Senate in a 21-17 vote and the House by a 58-57 margin.

“More than 1,000 letters and 3,000 petitions from around the state were delivered to the governor with the message that vetoing this bill would save our Florida small retailers and jobs that help our local economies,” Florida Independent Spirits Association President Rory Eggers said in a release thanking Scott.

In addition to repealing the Depression-era law, the bill would have prohibited new package stores from being licensed within 1,000 feet of schools; required small bottles, 6.8 ounces or less, to be displayed only behind the counter; and required that checkout clerks under the age of 18 be supervised by people 18 or older when alcohol is purchased.

To help Publix with its existing leases, the bill would have staggered the repeal, limiting the percentage of liquor that could have been stocked in chain stores over a four-year period.

Scott had until Wednesday to act on the bill. As the deadline approached, he offered little as to what he would do.

Scott on Tuesday scheduled a telephone call with Walmart President and CEO Greg Foran and a meeting at the Capitol with Bailes of ABC Fine Wine & Spirits.

Bailes said after his meeting he had no indication how Scott would handle the bill.

“I think he'll do the best thing for the state,” Bailes said. “He gave me the opportunity to state what our position is, which hasn't changed, and he was very gracious about it.”

On Wednesday, Scott attended the summer board meeting for the Florida Restaurant and Lodging Association, which was part of the coalition pushing to tear down the wall.