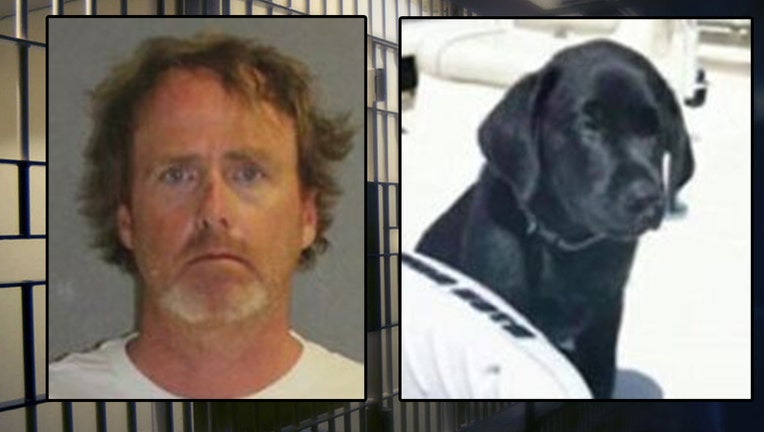 VOLUSIA COUNTY, Fla. - A divided appeals court Friday overturned a lifetime ban on pet ownership for a Volusia County man whose arrest for killing a dog helped lead to a new state law about animal abuse.

A panel of the 5th District Court of Appeal, in a 2-1 decision, said a circuit judge did not have legal authority to impose a lifetime ban on animal ownership for Travis Archer.

The ruling said the ban should not exceed a three-year term of probation that was part of Archer’s sentence.

"We view a lifetime prohibition on Archer’s ownership of animals, however justified, to exceed the trial court’s jurisdiction," said the seven-page majority decision by Judges Richard Orfinger and John Harris. "On remand, the trial court shall modify (a condition of his probation order that imposed the lifetime ban) to be coextensive with the remainder of the probationary term."

Archer was arrested in April 2017 after police received a call about possible animal abuse at his home. He was accused of beating and stabbing his dog, Ponce, to death. In 2018, state lawmakers passed a measure, known as Ponce’s Law, to increase penalties for animal abuse.

Archer pleaded no contest to a felony animal-cruelty charge and was sentenced to 365 days in jail and a three-year term of probation, according to Friday’s appeals-court ruling. The circuit judge also withheld adjudication of guilt, a relatively common move that can allow defendants to avoid having convictions on their records.

RELATED: Florida man sentenced to one year in prison for beating puppy to death

In a dissent Friday, appeals-court Judge James Edwards objected to reversing the lifetime pet-ownership ban for Archer, in part writing that "it was announced on the record first by the state and then by the trial court, that appellant (Archer) had agreed or stipulated to a lifetime ban on animal ownership. By his silence, appellant confirmed the agreement. Thus, as requested by appellant’s counsel, he and his counsel did participate in crafting the restriction on animal ownership. Stipulations are binding on the parties whether they concern facts, procedure, or law."