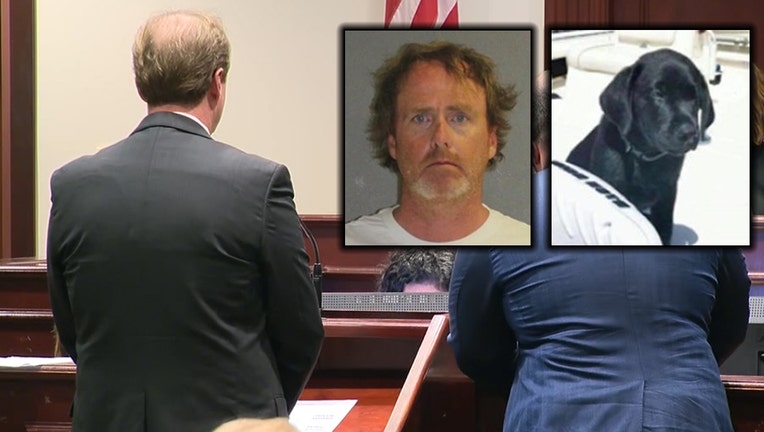 PONCE INLET, Fla. - A Florida man has entered a no contest plea in the beating death of his 7-month-old Labrador puppy named Ponce.

News outlets report 46-year-old Travis Archer entered the plea Monday to a felony animal cruelty charge. The plea allows Archer to acknowledge the evidence against him without admitting guilt. Judge Sandra Upchurch said he faces up to a year in prison. She ordered a presentence investigation to determine if factors in Archer's past call for an increased or decreased sentence.

Officers responding to a report of suspicious noises in Archer's Ponce Inlet neighborhood in 2017 found the dead and battered Ponce in Archer's backyard. Archer was arrested, and Ponce's death ultimately led to the passage of Ponce's Law, which increases penalties for animal cruelty.