KEY WEST, Fla. - Key West police say a Central Florida man was involved in the torching of a Christmas tree at the Southernmost Point and defacing the landmark buoy.

Police have identified David B. Perkins, Jr., 21, of Leesburg, and Skylar Rae Jacobson, 21, of Henrietta, Texas as suspects in the case. Both face charges of criminal mischief with damages over $1,000.

Authorities said two men lit a Christmas tree on fire in front of the buoy around 3:30 a.m. on New Year's Day and the flames charred sections of the colorful, 4-ton cement monument that reads "90 miles to Cuba, Southernmost Point, Continental U.S.A." 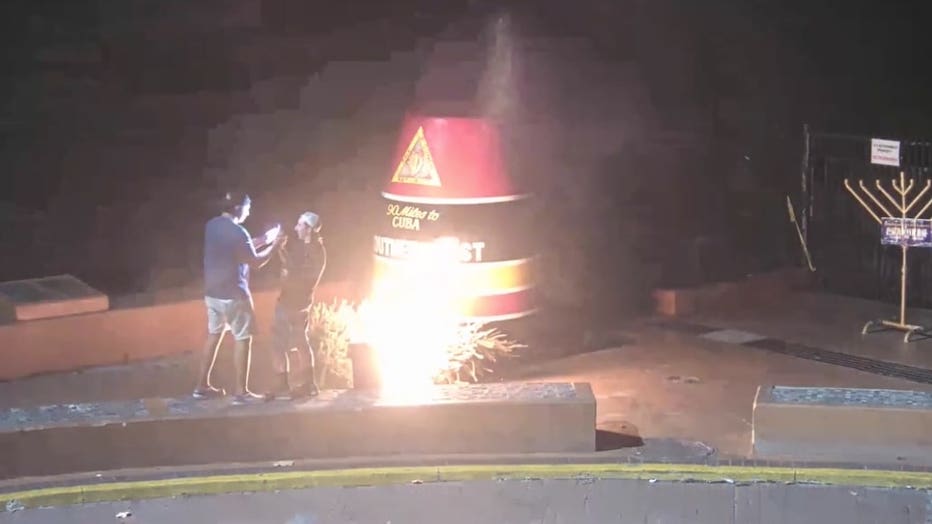 Archival webcam images of the buoy from a marketing company show two people lighting the tree on fire near the marker, with the flames leaving a large black burn mark on the monument.

"Footage, some of which quickly spread on social media, shows one man dragging the tree to the location. They hid when a car drove by, then took several pictures on their phones of each other in front of the tree and buoy," police said on Thursday. "Then, while one man checked the surroundings, the other lit the tree, and a fire raged. One man took one last photo of the blazing tree before the two ran out of camera range." 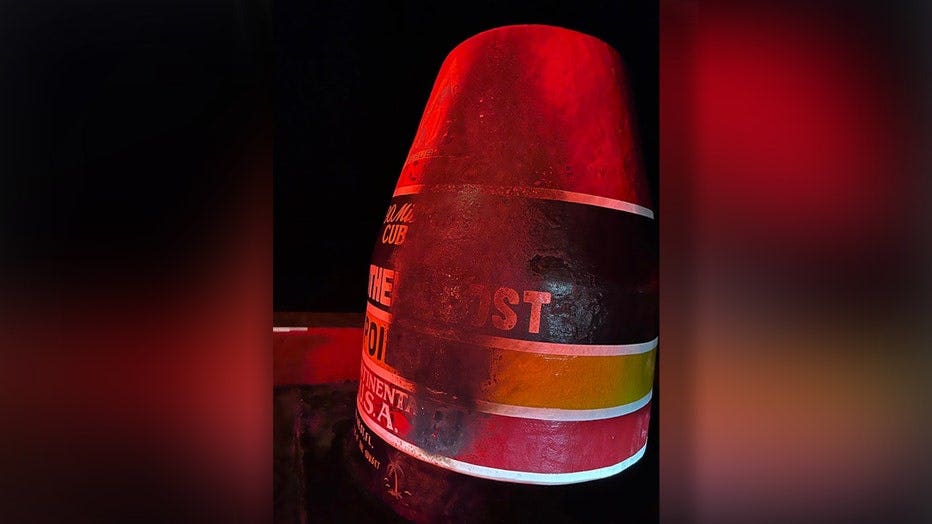 The red, yellow, black, and white marker resembles a giant marine navigational buoy. It proclaims that Key West is 90 miles (145 kilometers) from Havana. Artists restored the monument after it was damaged during Hurricane Irma in 2017.

The cost of the damage is estimated to be over $5,000. Key West Public Works began repairing the buoy the same day. The iconic marker is a famous location where tourists from all over the globe pose for photos.