Earlier this year, the Groveland Four were pardoned by the governor, but state and local lawmakers are now asking for them to be exonerated.

LAKE COUNTY, Fla. - State and local lawmakers held a news conference in Tallahassee on Tuesday to call for the exoneration of the Groveland Four.

“On the grave of my father, please state of Florida, please, exonerate him,” a Groveland Four family member said.

It’s a call for more to be done to clear the names of the Groveland Four, who were falsely accused of raping a woman in 1949.

Earlier this year, the Groveland Four were pardoned by the governor, but state and local lawmakers are now asking for them to be exonerated. 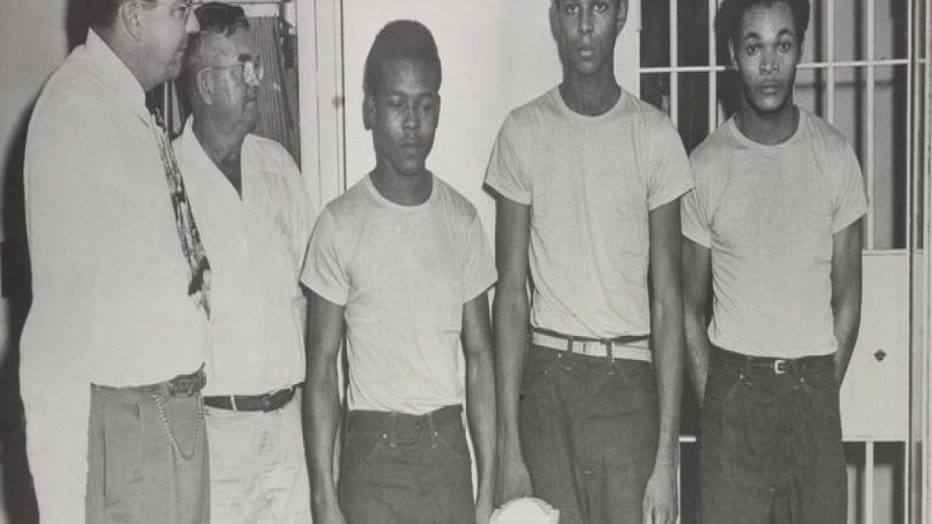 “A pardon says we forgive you for the crime and this goes way beyond that where we say no crime existed and that they are innocent,” State Agriculture Commissioner Nikki Fried said. “So, this is taking a step further than just a simple pardon, which is asking for forgiveness.”

While lawmakers were speaking about the exoneration in Tallahassee, FOX 35 News spoke with community leaders in Lake County who want the same thing.

“I’m very excited about the fact that there will be some justice done for these young men who were falsely accused of rape and their whole lives were changed,” Friendship CME Church Pastor Mike Watkins said.

Watkins and the president of the Tri-City Branch of the NAACP, Martha Taylor, are just two of the people supporting this move, saying it will bring peace to not only the family members of the Groveland Four, but to the entire Lake County community.

“They need to have closure and be able to say that their family members were exonerated,” Taylor said. “That there’s recognition that they did not commit the acts they were accused of committing.”

During the news conference, local lawmakers said they will be pushing for a joint House-Senate resolution to exonerate the Groveland Four.