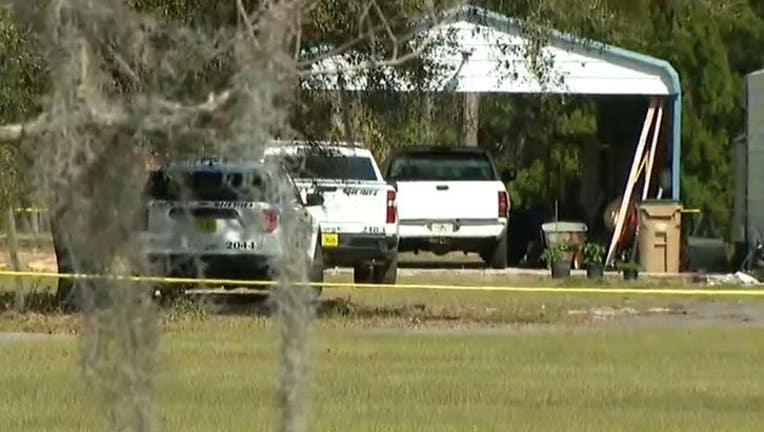 CLERMONT, Fla. - A suspect who was in an hours-long standoff with deputies in Lake County has died.

Donald Charles Brady, 59, was taken to the hospital after being shot by deputies, the Lake County Sheriff's Office said, and he later died.

The Lake County Sheriff's Office said deputies responded to a home on Pine Island Road in an unincorporated area of Clermont, Florida, for a well-being check when they were confronted by a Brady who was armed with a rifle and a handgun. The sheriff's office said Brady was the owner of the home.

"Deputies sought cover and attempted to communicate with the individual; however he would not speak with deputies and retreated into the home," the sheriff's office said in a statement.

At some point, Brady was shot and taken to the hospital. The sheriff's office did not immediately elaborate on details.

The Florida Department of Law Enforcement is now investigating, which is standard procedure when there is a shooting involving a law enforcement officer.