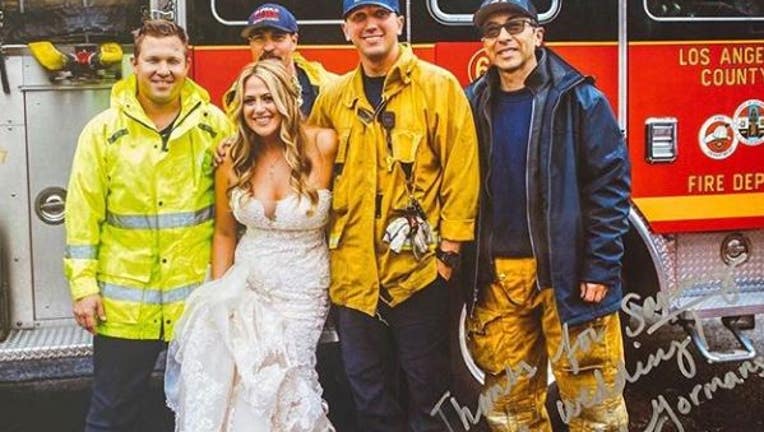 LOS ANGELES - It’s not the typical way to get to a wedding but it sure was memorable.

Firefighters with the Los Angeles County Fire Department helped save a bride and her bridesmaids by giving them a special escort to the wedding.

Engine 69 responded to a traffic collision that was blocking both lanes of Topanga Blvd. As crews were clearing out the area they noticed a bride and her two bridesmaids walking along the side of the muddy road... holding up their dresses to keep it clean.

The bride told firefighters her limo was stuck in traffic and she was running late to her own wedding.

So without any hesitation, the women were loaded onto the fire truck and were given a code 3 escort to the wedding and made it to the venue just in time.

The fire department shared out this photo on Instagram saying the picture showed up at the fire station a few weeks later and was signed “Thanks for saving our wedding – the Gormans."